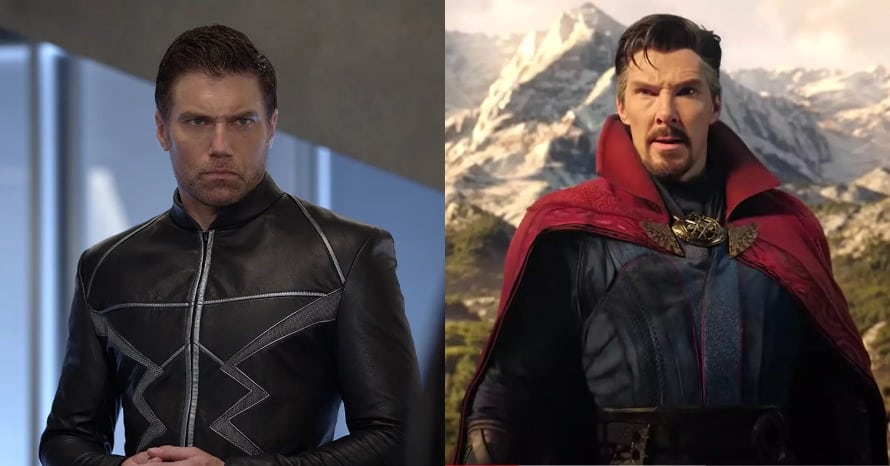 Doctor Strange in the Multiverse of Madness star Anson Mount shared a rehearsal video of the Illuminati arrival.

Marvel Studios’ newest film Doctor Strange in the Multiverse of Madness featured some interesting surprises for fans. In particular, the appearance of the Illuminati really caught viewers by surprise, especially when it came to certain characters that appeared. One of those characters was Black Bolt (Anson Mount).

In the big reveal of the Illuminati, Doctor Strange reports to the council, in which we also see how Black Bolt’s abilities were put to use in a flashback scene. Anson Mount previously portrayed the character in Marvel’s critically-panned Inhumans series, but some fans saw his appearance in this film as a fun wink and nod to fans.

On social media, Anson Mount shared a rehearsal video from the set of Doctor Strange in the Multiverse of Madness. Here, we see him rehearse his entrance as Black Bolt as seen in a pivotal sequence involving the Illuminati. You can check it out down below:

Given that the way in which the Illuminati was used, it is likely that if any of these characters return, it’d be as different variants from other universes. Anson Mount’s Black Bolt was a variant of the one we saw in the Inhumans series, so it’s not outside the realm of possibility to see him reprise the role in another project. Whether or not that’s in a third Doctor Strange movie, or anything else, it would be interesting to see more tie-ins to the TV shows.

Doctor Strange in the Multiverse of Madness is in theaters now. Stay tuned for all the latest news surrounding the future of Elizabeth Olsen’s Scarlet Witch in the Marvel Cinematic Universe and make sure to subscribe to our YouTube channel for more content!