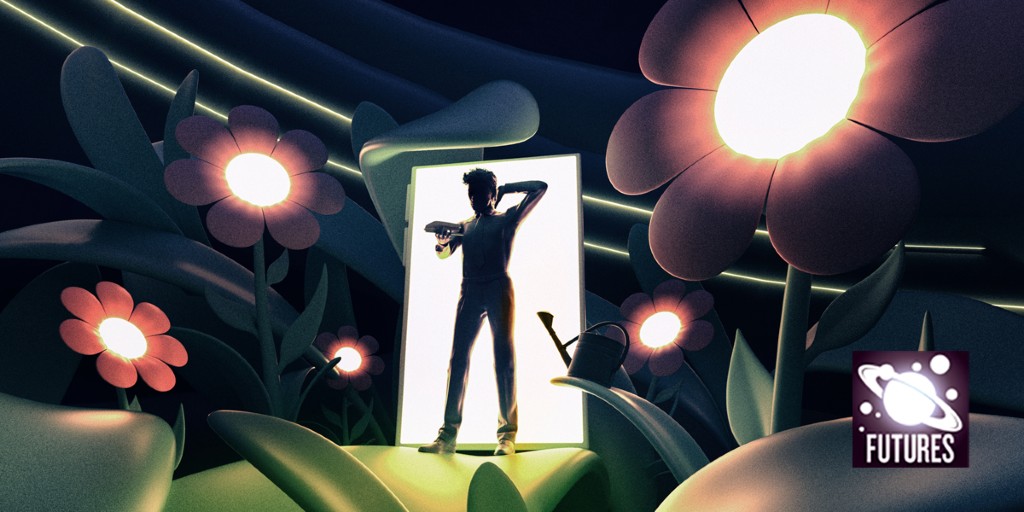 Bernard Cross winced. Sasha had asked him three times already today and it wasn’t even lunchtime. He mumbled: “I meant to. It’s been hectic.”

An e-mail popped into his inbox, drawing his gaze.

She must have seen the tell-tale movement of his eyes. “Bernard, you can look at e-mails later. I’m standing right here. I’ve waited long enough for a decision. I sent you my project proposal three weeks ago. It’s time for you to make up your mind.”

“You’re right. I know I’ve kept you in limbo. God knows why I haven’t got to it. Things keep coming up, I guess.” His cell phone buzzed. Probably someone liking his most recent tweet.

“Put the phone down.” Sasha sounded annoyed. “I’m trying to have a conversation with you.”

“Sorry. I was just sneaking a look at who it was.”

“No,” he admitted. A chat message appeared in his Teams window. As his eye scanned the start of the sentence, a notification popped up over the top of it telling him he had another e-mail.

Sasha snapped her fingers. “Decision,” she prompted. “My entire team is sitting around the lab twiddling their thumbs because you haven’t agreed on what we should develop next. Go or No Go on the proposal?”

“If I say yes will you leave me to read my e-mails in peace?”

She frowned at him. “Bernard, you did read the proposal?”

He ran fingers through thinning hair. “I didn’t have time.”

“Didn’t focus long enough to get through it, more likely.”

He might have taken offence if they weren’t friends as well as colleagues. “It’s all these distractions. I start one thing and then I’m immediately pulled onto something else.”

Sasha shook her head at him. “You need to ignore the background chatter of life. Tune it all out. Else you’ll never concentrate on anything.”

“Can’t remember when I last concentrated for more than 30 seconds.” He shrugged. “That’s the modern workplace. It’s non-stop multi-tasking.”

“It’s not good for you. And nothing ever gets done.”

He had to laugh. “Can’t argue. Still, plants are soothing, right? Maybe that’s what I need. A few of your plants around my workspace. Help me find inner peace.”

Sasha rolled her eyes. “Sure. I’ll bring you some bionic ones, once we’re finished. Turn your cubicle into a high-tech arboretum.”

“They’re lovely.” Sasha hadn’t disappointed. Bernard could hardly believe how many potted plants she’d brought over from the lab. There was a webcam too, for some reason.

“We implanted nanosensors,” explained Sasha. “DNA-based biosensors and carbon nanotubes. The petunias sniff out air pollutants, the begonias analyse their water for toxic chemicals, and the Swiss cheese plants tell you if the soil in their pots is lacking in nutrients.”

He was impressed. “That all sounds really useful.” Profitable too, he added mentally. “Features that make life simpler.”

“That’s what technology’s for.”

“How do the plants communicate?”

“Still haven’t read that project plan, huh? They glow if they’re triggered. The camera picks up the fluorescent light and sends a signal to an app.” She helped him install the app on his phone.

“With all this greenery around me, I should cope much better with office life. I can feel the calmness embracing me already.”

“I’ll leave you to enjoy your happy place.”

Bernard settled into his chair and took a deep, refreshing breath. Yes, this was a new start, he could sense it. A real opportunity to clear his mind, concentrate on the complex, time-consuming tasks he’d been putting off. Make a dent in that backlog of work.

Curious, he read the pop-up. The petunia had detected someone smoking in the building. As it didn’t know who was doing the smoking or exactly where the infraction was being committed, there wasn’t a lot Bernard could do with the information. He put his phone down.

Right, what had he been thinking about? Something about complex tasks.

The begonia, it transpired, was of the opinion its water was of insufficient quality. As Bernard had used bottled mineral water, he suspected the plant was being overly fussy. Not only that, Bernard had already drunk the remainder of the bottle. If it had been toxic, the warning was a bit late.

The cheese plant was asking for potassium in its soil. Jesus God in Heaven. Bernard shoved his phone to one side. Right, yes, work.

An e-mail popped up in his inbox, followed by a chat message and another e-mail. The e-mails looked important. He should read them.

His phone buzzed with a text message, then a Twitter notification.

Bernard closed his eyes for a second.

When he opened them, he saw Sasha was video calling him. He slipped on his headset and picked up.

“Hey,” she said, “sorry to interrupt whatever you were doing. We’ve pretty much finished up our initial work on the bionic plant project. I figure it’s time to decide our next priority. I’ve worked up a proposal. Need you to look it over. I’ll e-mail it to you. Can you give me a decision by tomorrow? Thanks, bye.”

“Sure,” he replied, even though she’d left the call. “I’ll get right on that.”

Bernard stood up and walked slowly to the stationery cupboard. There was a large, heavy-duty stapler in it.

He was confident it would make an excellent hammer.

It sounds like a bad joke to say I wrote a story about someone being chronically distracted when I was distracted myself, but I must confess it’s true — and it was entirely self-inflicted. Although I’m from Britain, I live in the United States now, and Thanksgiving is a huge family event, one we host very often. 2021 was no exception. Two days before The Big Day, with family members driving in from multiple states, amid the chaos of inflatable mattresses being pumped up and COVID tests being conducted and food being prepared and shopping being done and kids being equal parts excited and thoroughly stressed out, I decided it would be a terrific idea to sneak away to the study and throw some words at a computer screen. Because there was plenty of time to write a short story, right? Optimal creative conditions, for sure.

I had been interested in research into bionic plants for some time. I mean, how cool is the idea of cyber-botany? Am I alone in hearing Obi-Wan Kenobi’s voice pronouncing “It’s more machine now than celery” every time I read about the topic? (Almost certainly, yes.) And when I caught an article on National Public Radio about how our modern Internet-connected lives were driving us so doolally they were potentially robbing us of the ability to focus forever, well, the two ideas came together in my head to form the core of an idea for a story. Cyber-plants colliding with an inability to concentrate! I could craft a tale around those themes. What could go wrong?

For a start, my wife quite reasonably asking whether I’d got the veggies ready for roasting. And helping my brother-in-law with the turkey. Then there was the ham (because different children wanted different meats). And the stuffing. And a few thousand other things. Putting together each sentence became a challenge — what, the potatoes aren’t peeled yet? What’s the hold-up? And finding the right words to type when people are calling for me to carry chairs and extend the dining room table and … Pile on top of all that the truth that I’m no angel when it comes to obsessively checking my own e-mail, and Twitter, and WhatsApp, and Facebook, and … I think I made things harder than they needed to be.

To this day, I’m not entirely sure how I got anything written. The turkey was delicious, though, as was the ham. Just don’t ask about the half of the roasted vegetables that didn’t even get served. We don’t talk about those.

When all is said and done, you don’t want to know about cranberry sauce and bread rolls, though. You want to hear whether I learnt my lesson about letting apps distract me from the important business of actual life going on all around me. You know, family and giving thanks and all that. Well, I’ll tell you the answer to — hang on, I just got a Twitter notification. Uh-huh, yup, mm-hmm. Now then, uh, what was I saying? I, uh, I was going to sum up with something insightful and amusing. No, it’s gone, drat it.