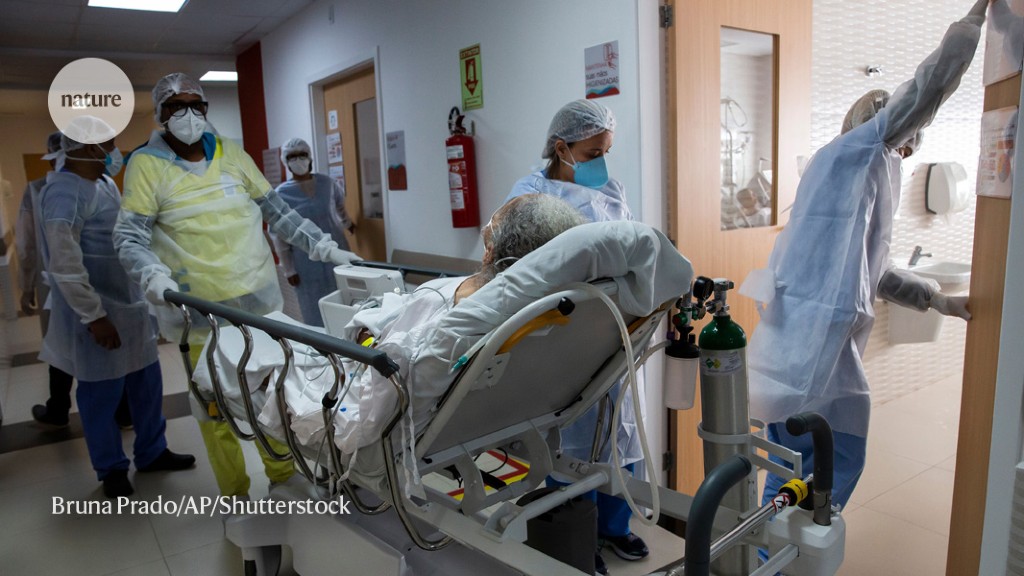 People who get COVID-19 have a greater risk of developing diabetes up to a year later, even after a mild SARS-CoV-2 infection, compared with those who never had the disease, a massive study1 of almost 200,000 people shows.

The research, published in The Lancet Diabetes & Endocrinology earlier this month, is one of a growing number of studies2 showing that COVID-19 can increase a person’s risk of diabetes, months after infection.

“When this whole pandemic recedes, we’re going to be left with the legacy of this pandemic — a legacy of chronic disease” for which health-care systems are unprepared, says study co-author Ziyad Al-Aly, chief researcher for the Veterans Affairs (VA) St Louis Healthcare System in Missouri.

Al-Aly and Yan Xie, an epidemiologist also at the VA St Louis Healthcare System, looked at the medical records of more than 180,000 people who had survived for longer than a month after catching COVID-19. They compared these with records from two groups, each of which comprised around four million people without SARS-CoV-2 infection who had used the VA health-care system, either before or during the pandemic. The pair previously used a similar method to show that COVID-19 increases the risk of kidney disease3, heart failure and stroke4.

The latest analysis found that people who had had COVID-19 were about 40% more likely to develop diabetes up to a year later than were veterans in the control groups. That meant that for every 1,000 people studied in each group, roughly 13 more individuals in the COVID-19 group were diagnosed with diabetes. Almost all cases detected were type 2 diabetes, in which the body becomes resistant to or doesn’t produce enough insulin.

The chance of developing diabetes rose with increasing severity of COVID-19. People who were hospitalized or admitted to intensive care had roughly triple the risk compared with control individuals who did not have COVID-19.

Even people who had mild infections and no previous risk factors for diabetes had increased odds of developing the chronic condition, says Al-Aly. Of the people with COVID-19 who avoided hospitalization, an extra 8 people out of every 1,000 studied had developed diabetes a year later compared with people who were not infected. People with a high body-mass index, a measure of obesity — and a considerable risk factor for type 2 diabetes — had more than double the risk of developing diabetes after a SARS-CoV-2 infection.

Given the extraordinary number of COVID-19 cases globally — 480 million confirmed cases and counting — the modest increase in diabetes risk could correspond to a drastic rise in the number of people diagnosed with the disease worldwide, if the observed trends hold true, says Jonathan Shaw, an epidemiologist at the Baker Heart and Diabetes Institute in Melbourne, Australia.

But the findings might not translate to other groups of people. The US veterans in the study were mostly older, white men, many of whom had elevated blood pressure and were overweight, putting them at high risk of developing diabetes, says Gideon Meyerowitz-Katz, an epidemiologist studying diabetes at the University of Wollongong in Australia. But that risk is much lower in younger people, he says, and higher in some other ethnic groups.

And it’s possible that some people in the control group had undetected mild or asymptomatic COVID-19 but were never tested, potentially skewing the data, Al-Aly adds.

Other factors might also be contributing to the apparent rise in diabetes among people who recovered from COVID-19, says Shaw. Existing cases of diabetes might have gone undetected until people sought medical care for COVID-19.

Early in the pandemic, researchers raised concerns based on anecdotal reports in young people and children that SARS-CoV-2, like other viruses, might damage cells in the pancreas that produce insulin, triggering type 1 diabetes.

But data on a link between SARS-CoV-2 infection and newly diagnosed cases of type 1 diabetes remain mixed. Several studies5–7 have found no evidence that the disease is causing the uptick in cases of type 1 diabetes in younger adults or children. And a laboratory study published in February also challenged the idea that SARS-COV-2 destroys insulin-producing pancreatic cells8.

A lingering question is whether the metabolic changes observed in people who had COVID-19 persist after one year. More research is needed to clarify long-term trends in new-onset diabetes at a population level and to tease apart what might be causing them, says Shaw.