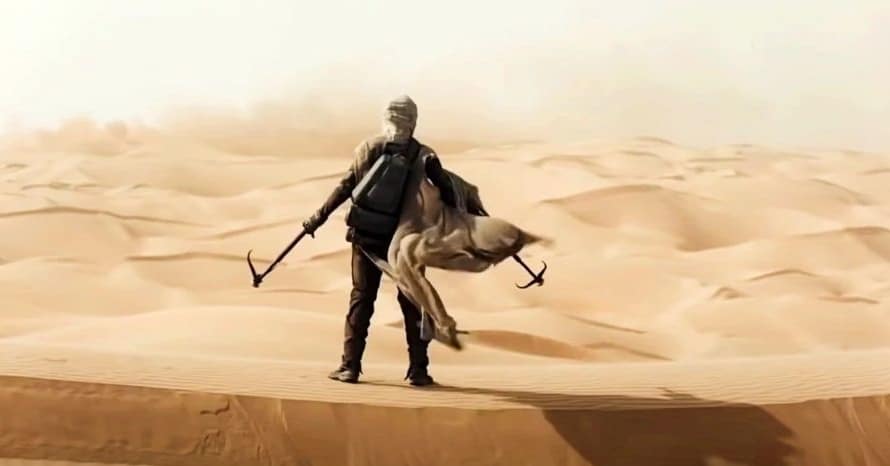 Director Denis Villeneuve has provided an update on the status of Dune: Part Two.

Last year, Denis Villeneuve’s Dune was one of 2021’s better success stories. The film would ultimitly make over $400M at the worldwide box office and after a strong opening weekend, Legendary and Warner Bros officially announced the release date for Dune: Part Two. Since then the director has been hard at work on the preproduction process for the movie before filming starts later this summer.

Throughout this month, Dune: Part Two has been steadily filling out its cast with new members. Elvis star Austin Butler is in talks to play one of the book’s main antagonists, Feyd-Rautha Harkonnen as is Florence Pugh for the role of Princess Irulan. Now Denis Villeneuve has provided another update on the status of the upcoming film.

While speaking to Collider, Denis Villeneuve revealed that the script was solidified and that they were in full prep mode for the upcoming shoot:

Here is the synopsis for Dune:

Set in the distant future, Dune tells the story of Paul Atreides whose family accepts control of the desert planet Arrakis. As the only producer of a highly valuable resource, control of Arrakis is highly contested among the noble families. After Paul and his family are betrayed, the story explores themes of politics, religion, and man’s relationship to nature as Paul leads a rebellion to restore his family’s control of Arrakis.

Dune is now available on home media formats, with Part Two hitting theaters on October 20, 2023. Stay tuned for all the latest news on the upcoming film and be sure to subscribe to Heroic Hollywood’s YouTube channel for more original video content.