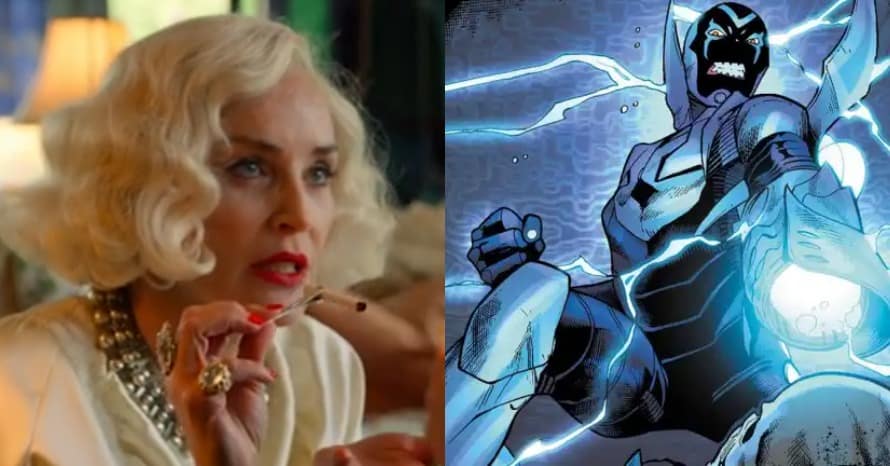 Sharon Stone will be joining DC’s upcoming Blue Beetle film as its villain.

DC’s latest superhero romp is rounding out its cast. After bringing comedian George Lopez and Oscar-nominated Adriana Barraza on board the Blue Beetle train, DC appears to have found its villain for the film. TheWrap reports that Basic Instinct star Sharon Stone has joined the project as the villainous Victoria Kord, a newly-created character.

The Oscar-nominated actress is best known for her roles in Arnold Schwarzenegger’s Total Recall and Martin Scorsese’s Casino. Sharon Stone most recently appeared in the Netflix miniseries Ratched and James Franco’s The Disaster Artist. DC fans might remember that she portrayed an evil cosmetic businesswoman Laurel Hedare in Halle Berry’s maligned Catwoman film from 2004.

Blue Beetle will star Xolo Maridueña in the lead role, who is best known as Miguez Dias in the beloved Cobra Kai series. In addition to Maridueña and Stone, TheWrap reports that Raoul Max Trujillo has also joined the film as Carapax the Indestructible Man.

In DC Comics lore, Dan Garrett was an archeologist who discovered the Blue Beetle scarab and used its power to fight crime. Though his successor, Ted Kord, was unable to harness the scarab’s power, the brilliant billionaire took on the Blue Beetle mantle from his mentor using technology and martial arts. Years later, a teenage boy named Jaime Reyes came into the possession of the Blue Beetle scarab and used it to manifest a weaponized exoskeleton. Taking on the Beetle mantle, Jaime used the suit for good alongside his two best friends Brenda and Paco.

Created by Keith Giffen, John Rogers and Cully Hamner, Jaime Reyes made his first appearance in the pages of 2006’s Infinite Crisis #5. A live-action version of Jaime made an appearance in the Superman prequel series Smallville, with Jaren Brandt Bartlett playing the DC Comics hero.