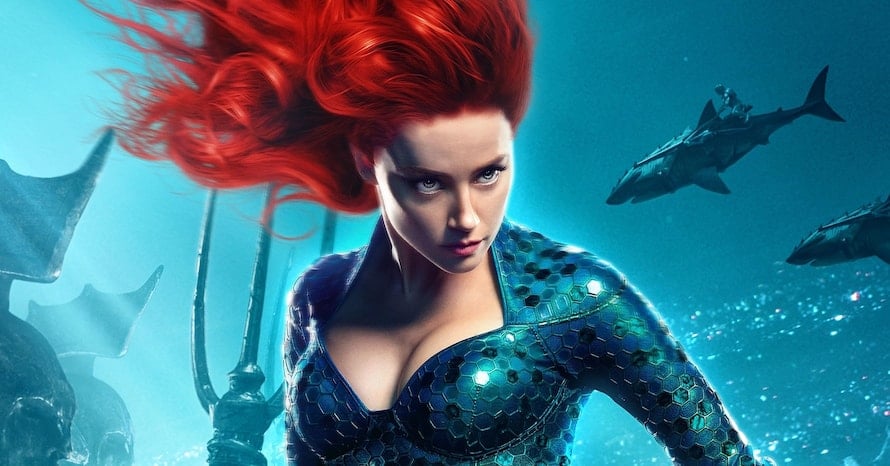 The ongoing trial between Amber Heard and Johnny Depp continues, and now DC Films boss Walter Hamada just took to the stand to testify on May 24, 2022. Hamada, who has worked on films in which Heard portrayed Mera went on to debunk some of the actress’ claims regarding her role in Aquaman and the Lost Kingdom.

Amber Heard, who has appeared as Mera in both cuts of Justice League, Aquaman, and its upcoming sequel, testified that she was released from her contract, and claims that she fought to keep herself in the role. Well, we now have some new developments in the trial, since her DC Films boss Walter Hamada took the stand via webcam.

The DC Films boss claimed that Amber Heard was never released from her contract, never rehired, and was compensated for Aquaman 2. In regards to the size of her role in the sequel, Walter Hamada claimed that Heard’s role wasn’t affected due to her ongoing legal battles with Johnny Depp, but rather was a creative decision.

“No, again from the early stages of the development of the script, the movie was built around the character of Arthur and the character of Orm, Arthur being Jason Momoa and Orm being Patrick Wilson, so they were always the two co-leads of the movie.”

Walter Hamada also mentioned that Aquaman and the Lost Kingdom was pitched primarily as a buddy comedy between Jason Momoa and Patrick Wilson’s characters. He also denied that Amber Heard’s compensation was effected by her legal issues with Johnny Depp.

Creatively, there were some concerns regarding Amber Heard’s chemistry with Jason Momoa in the first Aquaman, which Walter Hamada felt was made to work “editorially” thanks to post-production. In fact, director James Wan texted Heard to say she tested well after editing was taken care of. Despite the creative concerns, Hamada testified that Warner Bros. made no move to find another actress to recast the role of Mera.