CRISPR patent ruling won’t be the end of it 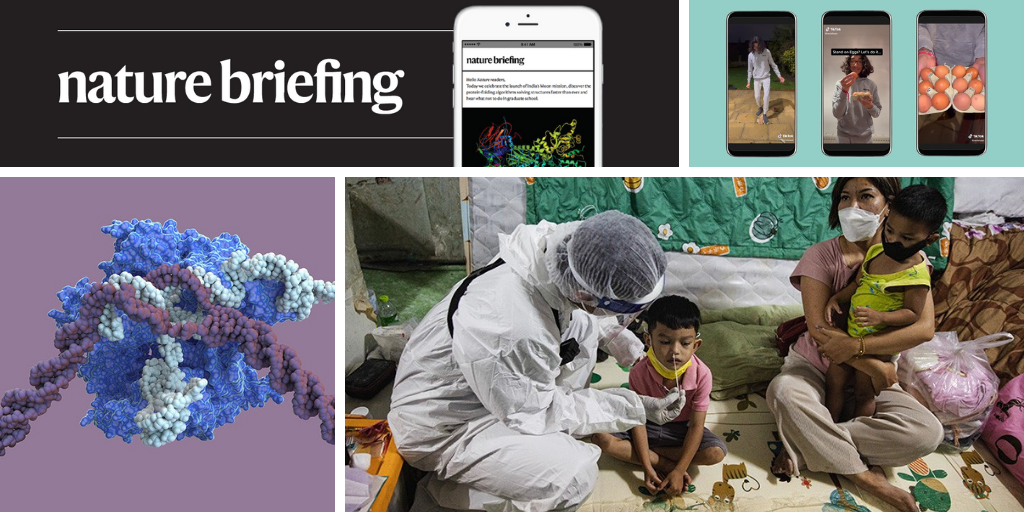 The US patent office has awarded key patent rights related to the CRISPR–Cas9 gene-editing tool to the Broad Institute team led by molecular biologist Feng Zhang. It has been locked in a patent battle with another team that includes biochemist Jennifer Doudna and microbiologist Emmanuelle Charpentier — who shared a Nobel Prize for the discovery in 2020. To add to the complexity, key patents in the Broad’s portfolio have been tossed out in the European Union because of missing paperwork. The ultimate outcome of the dispute — which began in 2016 — could mean millions of dollars in royalties for the victor, if and when CRISPR-based therapies make it to market.

Children are half as likely as adults to produce antibodies following COVID-19, according to a small study in Australia. There is growing evidence that kids mount a stronger and faster response to a SARS-CoV-2 infection. This might mean that they fend off the virus so quickly that it doesn’t have time to trigger antibody production. Because antibodies are probably important guards against reinfection, the findings raise questions about how well protected children might be against future infections.

Radiocarbon dating has unmasked two forged paintings in France. The paintings were supposedly impressionist and pointillist works from around the early twentieth century. Heritage scientists clipped tiny threads from canvases and plucked what appeared to be a paintbrush bristle trapped in the paint — all were dated to within the past 70 years. Radiocarbon dating is gaining steam in the forensic analysis of artwork, thanks to advances that require smaller samples than ever before — “just a few crumbs of dust, basically”, says chemist Laura Hendriks.

In 2020, the UK Institute of Physics (IOP) launched a campaign to encourage young people from under-represented groups to study physics — through TikTok influencers. The TikTokers made videos showing themselves using the power of physics to stand on a box of eggs, and the IOP was thrilled with the results. “I think it’s easy to dismiss their skills, but all the creativity in the videos has come from them,” says campaign strategist Ray Mitchell. “It looks easy because they’re really good at it.”

Physician-scientist Xiangguo Qiu developed a pioneering treatment for Ebola, a cocktail of three monoclonal antibodies called ZMAb, while working in a Canadian government laboratory. Others built on her breakthrough, creating monoclonal antibodies used to treat COVID-19 and HIV infection. Today, her career is over amid allegations of espionage and bioterrorism — despite never having been formally accused of anything, reports Macleans.

The 20 largest economies spent trillions on pandemic economic recovery packages, some of which was committed to climate action — including ‘green new deals’ and ‘building back better’. So far, those promises have not been met — but “it is not too late to change course,” write Jonas Nahm, Scot Miller and Johannes Urpelainen. There are hopeful signs from the United States and China. And regions such as the European Union and South Korea show how money should be invested. (Nature | 11 min read )

Women feel less recognized by their teachers as being ‘physics people’ compared with men, reveals research by physicist Chandralekha Singh and her collaborators. Physicists can help by offering better support, she says. (Nature | 5 min read)