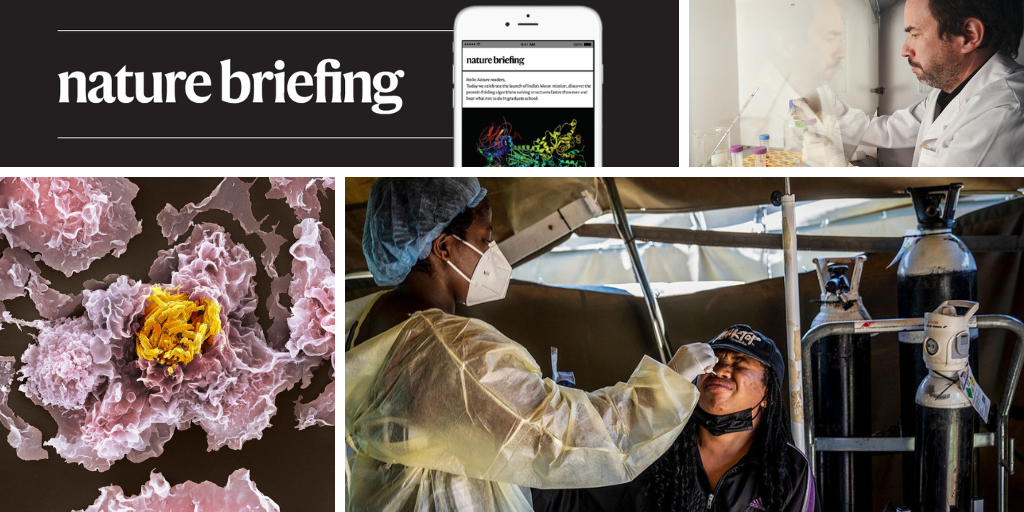 The rise of new offshoots of the Omicron coronavirus variant could mean that waves of infection are beginning to settle into predictable patterns, with new variants periodically emerging from circulating strains. Variants BA.4 and BA.5 seem to be slightly more transmissible than earlier forms of Omicron and are likely to trigger waves of infections. Scientists note that variants now seem to emerge roughly every six months — but say we shouldn’t rule out more surprises from SARS-CoV-2.

Mathematician Mingqing Xiao has been convicted of tax fraud by a US jury as part of the country’s China Initiative, an anti-espionage programme. Xiao was found not guilty of grant fraud. Xiao was found guilty of failing to report a Chinese bank account created to support his research collaborations in China. His attorneys say they will appeal the verdict. The controversial programme was effectively wound up in February after the US Department of Justice concluded that it had had a “chilling effect on US-based scientists of Chinese origin” and “fueled a narrative of intolerance and bias”.

Researchers used a machine-learning algorithm to design an enzyme that can degrade polyethylene terephthalate (PET) plastic — which accounts for 12% of global solid waste — at least twice as fast and at lower temperatures than the next best contender. The engineered enzyme is based on a naturally occurring bacterium that was discovered at a plastic-bottle recycling plant in Japan. The enzyme, dubbed FAST-PETase, depolymerised a plastic cake tray within 48 hours — but struggled with a water bottle made of highly crystalline plastic.

Tuberculosis is difficult to treat and study, partly because the bacterium that causes it, Mycobacterium tuberculosis, holes up inside the very immune cells that the body deploys to fight it. Scientists are fusing sequencing, chemistry and imaging techniques to probe interactions between intracellular pathogens — including Salmonella typhimurium, Chlamydia trachomatis and Listeria monocytogenes — and their host cells.

In places where affordable childcare is out of reach, crowdfunding initiatives are springing up to support early-career scholars with children, particularly women of colour. “I’m so grateful to all the people who donated, but it’s outrageous that we need to solicit private donations to offer a lifeline to a minoritized mother’s career,” says renal-cell biologist Mariya Sweetwyne, who founded one such campaign in the United States. “If institutions are serious about their stated commitment to equity and diversifying academic medicine and research, then this lack of parenting support has to be addressed immediately.”

Russian sanctions highlight how network analysis is urgently needed to find and protect vulnerable parts of the global economy, write political scientists Henry Farrell and Abraham Newman. “Financial and supply networks have chokepoints, which powerful states can use to punish individuals, businesses and even nations,” they write — but there has been too little academic study of these pressure points. The authors outline some of the hidden weaknesses in global systems, cite examples of when they have failed and predict how they might play out in the future.

“You could say that medicine is in my blood,” says immunologist Marcelo Hill, who comes from a family of doctors. “I study medicine that’s literally in the blood.” Here, in his laboratory in Uruguay, Hill is processing T cells from the blood of healthy donors to compare them with T cells from people who are being treated with cancer immunotherapies. (Nature | 3 min read)

Palaeoecologist Jacquelyn Gill and other climate scientists, as well as physicians who treat COVID-19 and Alzheimer’s disease, describe how they hold on to hope and optimism. (Associated Press | 7 min read)