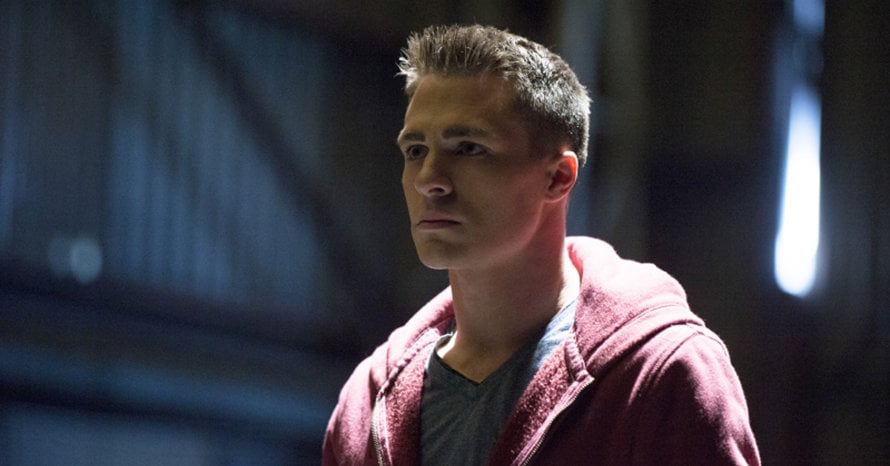 Colton Haynes, who portrayed Roy Harper/Arsenal in The CW’s DC series Arrow, has revealed he left the show due to issues with a fellow cast member and his own mental health.

Arrow, a series based on DC’s Green Arrow comics, first aired in 2012 and recently concluded with the final episode of its eighth season in 2020. The series introduced Colton Haynes as Roy Harper in Season 1, where the character was shown as a thief and eventual love interest for Willa Holland’s Thea Queen. In subsequent seasons, he would become a vigilante and sidekick to Stephen Amell’s Oliver Queen/the Arrow, taking on the moniker Arsenal.

In his new memoir, Miss Memory Lane, Colton Haynes has talked about his experience on Arrow and other series, such as Teen Wolf. The book has offered new insight into Haynes’ reasons for leaving the role of Roy Harper on the DC TV series, countering previous claims that it was simply due to his contract ending.

Colton Haynes has revealed that he left Arrow due to his frustrations with one of his co-stars, as well as becoming too depressed to continue with the series at the time. Haynes does not name the co-star with whom he had problems. He writes in the memoir:

“I had walked away from my full-time job on Arrow at the beginning of the year, supposedly because my contract had ended, but it was really because I was too depressed and I couldn’t stand working with one of my cast mates.”

This is sure to come as a surprise to fans of the series, who were previously unaware of any such troubles between members of the cast. There will likely also be speculation amongst fans over which Arrow cast member Colton Haynes struggled to work with, though it seems unlikely the actor will name them. Haynes did eventually return to Arrow for cameos and other small roles following his initial departure.

Here is the official synopsis for the series finale of Arrow:

STEPHEN AMELL SIGNS OFF AS THE GREEN ARROW; EMILY BETT RICKARDS RETURNS FOR THE SERIES FINALE OF “ARROW” – After eight seasons, and the launch of countless superheroes, the series wraps up the story of the Green Arrow (Stephen Amell). Emily Bett Rickards returns as Felicity. James Bamford directed the episode written by Marc Guggenheim & Beth Schwartz (#810). Original airdate 1/28/2020.

Stay tuned for all the latest news surrounding Colton Haynes and the Arrowverse, and be sure to subscribe to Heroic Hollywood’s YouTube channel for more original video content.