Chloe Zhao Expected ‘Eternals’ To Have A Mixed Reception 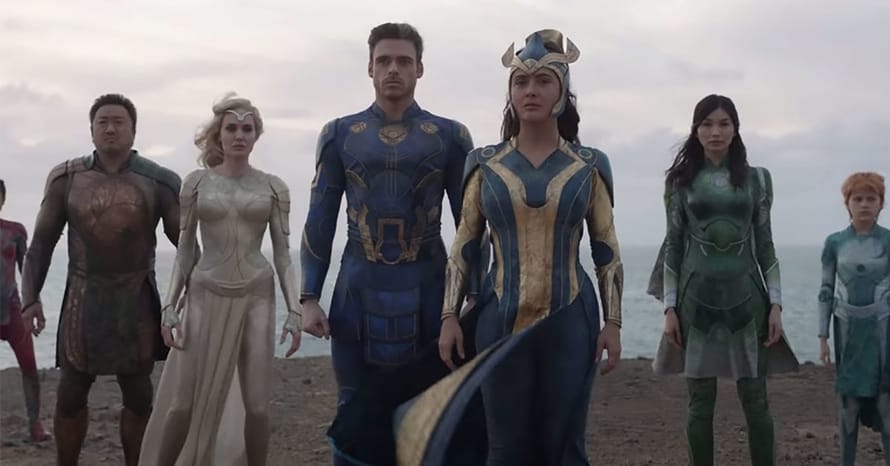 Marvel Studios released four original theatrical films in 2021. One of those films was the ambitious Eternals, which was directed by Academy Award-winner Chloe Zhao. The film was subject to much anticipation from critics and fans alike, but ended up becoming the franchise’s most negatively-received film thus far, being the first MCU film to be rated “Rotten” on Rotten Tomatoes.

While reception to Eternals was incredibly mixed overall, it wasn’t without it fans, with some defending the film as an ambitious and necessary new direction for the MCU. Director Chloe Zhao reflected on the film’s release, and revealed in an interview with Empire Magazine that she wasn’t entirely surprised by the film’s divisive response:

“Eternals was planned to be released soon after Endgame, and not at a time when everyone is having an existential crisis. The film itself is about existential crisis, both for humanity and God. So I think we definitely felt it was coming.”

Chloe Zhao also reflected on how her indie filmmaking sensibilities within the Marvel Studios juggernaut may have put some viewers off while others may have embraced it in Eternals:

“The truth is that nobody is one layer. In this case, we truly stepped out of the box that I think the world put us in, and met in the middle because of our shared interests. And by truly doing that, it made a lot of people uncomfortable on both sides. But there are also people who are more comfortable with the order of their world [being] disturbed. And then they look at our love-child and go, ‘Oh! This touches different sides of me!’ I like that. So I completely understand the divisiveness coming from critics and the fans. Because when you take this to extremes that are seen as opposition – the world I come from and the world of Marvel, that has been divided in a way that’s so unfair and unfortunate – and to merge the way we did, I actually see the reaction as a testament to how much we had merged with each other; how uncomfortable that might make people feel.”

Here is the synopsis for Chloe Zhao’s Eternals:

The story takes place across two time periods. One storyline is set in the past when they operated as a formidable team and a close family unit. The second storyline is in the present, when the group has fractured and split apart, content to live among humans, hiding in plain sight. The prevailing threat of the Deviants, which once again threatens the existence of mankind, means the Eternals need to put their differences aside and regroup.

Eternals is available to own on 4K Ultra HD Blu-ray, Blu-ray, DVD and Digital HD and also to stream on Disney Plus. Stay tuned for all the latest news on the future of the Chloe Zhao’s film and its characters, and be sure to subscribe to Heroic Hollywood’s YouTube channel for more original video content!