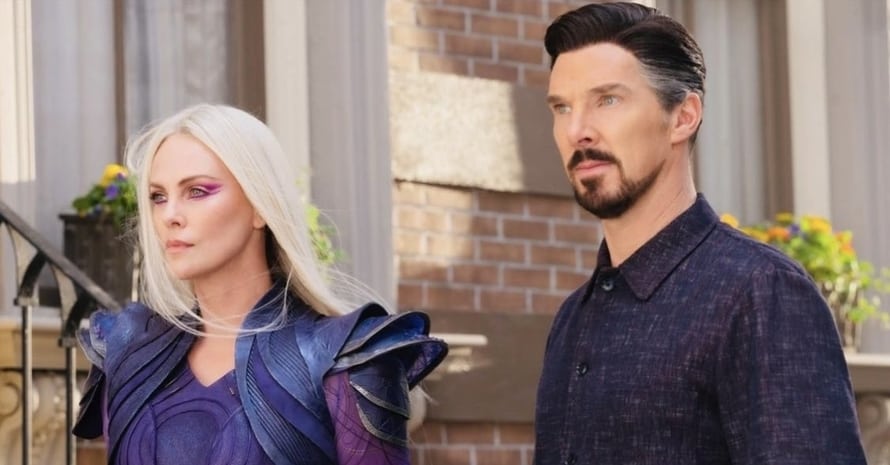 Another look at Clea after her debut in Doctor Strange in the Multiverse of Madness has been revealed by Charlize Theron.

After Harry Styles’ debut as Eros in Eternals, Marvel Studios revealed another major star has joined their growing universe, with Charlize Theron’s Clea showing up during the mid-credits scene of Doctor Strange in the Multiverse of Madness. Clea is a major player in the Doctor Strange comics as the Sorcer Surpeme of the Dark Dimeson.

In the post-credits scene for Multiverse of Madness, Clea finds a three-eyed Strange to bring him along to fix an incursion. It’s unclear where Clea will turn up next in the Marvel Cinematic Universe, but it’s safe to say she will have a significant role moving forward.

Now that the secret is out, with the sequel playing in theaters, Charlize Theron shared some photos of Clea on social media. On Friday, Theron dropped a new behind-the-scenes video of her getting a full body scan in the Clea suit. You can check out that Clea video below.

Here is the synopsis for the recent Marvel Studios film:

Doctor Strange in the Multiverse of Madness is in theaters now. Stay tuned for all the latest news surrounding the film, the future of Charlize Theron as Clea in the MCU, and be sure to subscribe to Heroic Hollywood’s YouTube channel for more original video content.