Cash and action are needed to avert a biodiversity crisis 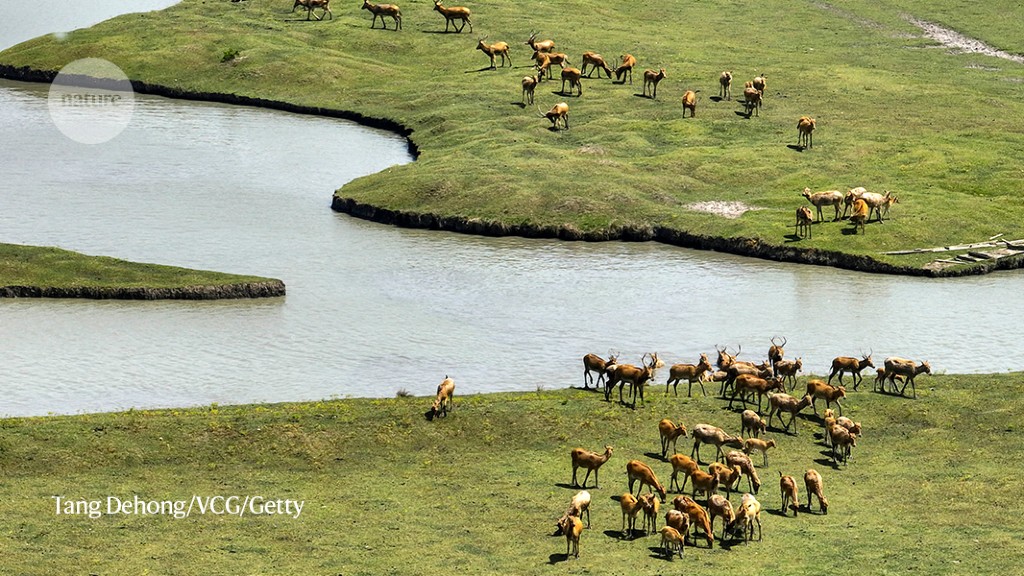 It will take ample time and money to slow the world’s catastrophic loss of plant and animal species — and right now, both are running dangerously low. This year, nations are due to agree to an action plan to protect global biodiversity at the 15th Conference of the Parties (COP15) to the United Nations Convention on Biological Diversity. But the meeting is already two years late because of the pandemic, and China, which will host the conference in Kunming, has yet to set a new date.

Now, conflicts over financing are adding to the tension. Conservation groups and advocates suggest that rich nations must donate at least US$60 billion annually to help less-affluent ones to fund projects such as protecting areas where wildlife can thrive and tackling the illegal wildlife trade that is driving hundreds of species to extinction. This is much more than the $4 billion to $10 billion that they are estimated to be spending today, and well below the amount they are giving low- and middle-income countries (LMICs) to fight climate change, which reached around $50 billion in 2019 according to one estimate. Yet limited overseas development funds are spread ever thinner as donors deal with the pandemic and now the fallout from Russia’s invasion of Ukraine. This is where COP15 is meant to deliver: as well as agreeing to the action plan, called the Global Biodiversity Framework, nations will be encouraged to pledge more money.

A mix of public and private money has started to trickle in. Currently, biodiversity funding on the table ahead of COP15 amounts to roughly $5.2 billion per year, according to estimates by a group of five leading conservation organizations. Most comes from six governments, including France, the United Kingdom and Japan, and the European Union. In April, the Global Environment Facility (GEF) — a multilateral fund to support international environmental agreements — announced that, over the next four years, around $1.9 billion will go to projects dedicated to biodiversity. However, it’s unclear how much of this will come from the coffers that donor countries have already pledged.

Some cash for conservation is coming from private philanthropic donors — such as $2 billion committed by entrepreneur Jeff Bezos last year. And starting in 2020, a group of financial institutions (now 89 of them) promised to annually report their financing activities and investments that affect biodiversity, and to move away from those that do harm — a form of ecological accounting that could help to shrink the budget needed to protect biodiversity.

Donors will need to reach much deeper into their pockets to meet the demands of LMICs, the custodians of much of the world’s biodiversity. In March, a group of LMICs, led by Gabon, asked for $100 billion per year in new funding when officials met in Geneva, Switzerland, to discuss progress on the Global Biodiversity Framework. The LMICs want the money placed in a new multilateral fund for biodiversity, separate from, but complementary to, the GEF.

Aside from cash, the fund will need to find a new home and structure — and there are a few options. A proposal from Brazil, circulated at the Geneva meeting, suggests the fund be governed by a board of 24 members, with an equal number from rich and lower-income nations. The board would be responsible for funding decisions and would prioritize projects that help to achieve the biodiversity convention’s goals. The pitch generated interest among some countries, but also concerns that it’s an attempt by Brazil to divert attention from its failure over the past few years to protect the Amazon rainforest and prevent other environmental harm.

Another option is the Kunming Biodiversity Fund, which China announced in October last year to help LMICs to safeguard their ecosystems. It allocated 1.5 billion yuan (US$223 million) to seed the fund and invited other countries to contribute, but so far none has. Sources knowledgeable about the fund say that donor countries are reluctant to pitch in because China is holding on too tightly to the reins and is not involving others in its deliberations. Details of how the fund will operate are scarce, but Nature has learnt that China is floating the idea of housing it at the Asian Infrastructure Investment Bank (AIIB), based in Beijing. Set up in 2016, the AIIB has $100 billion in total capital and 105 members, including Germany, France and the United Kingdom. The AIIB has big green plans. By 2025, it wants half of all infrastructure projects it finances to focus on climate issues. With rigorous oversight and transparency, the AIIB would make a good home for the Kunming fund.

As countries prepare to meet in Nairobi on 20–26 June in a last-ditch attempt to push the biodiversity framework forwards before COP15, China, as the host, must urgently provide stronger leadership on financing, including more transparency and engagement. Progress will require quick, generous contributions from donor nations — which should prioritize grants, not loans, for biodiversity projects.

Holding the COP15 meeting must be a priority, too. As China tightens restrictions in the face of a COVID-19 surge, some researchers fear that delays will stretch on, stalling conservation work and leaving less time to meet biodiversity targets. China must either commit to holding the meeting this year or let it proceed elsewhere. One option being quietly discussed is moving the meeting to Canada — home of the United Nations biodiversity convention’s secretariat — and this deserves consideration. The world needs an ambitious biodiversity plan now — nature cannot wait.