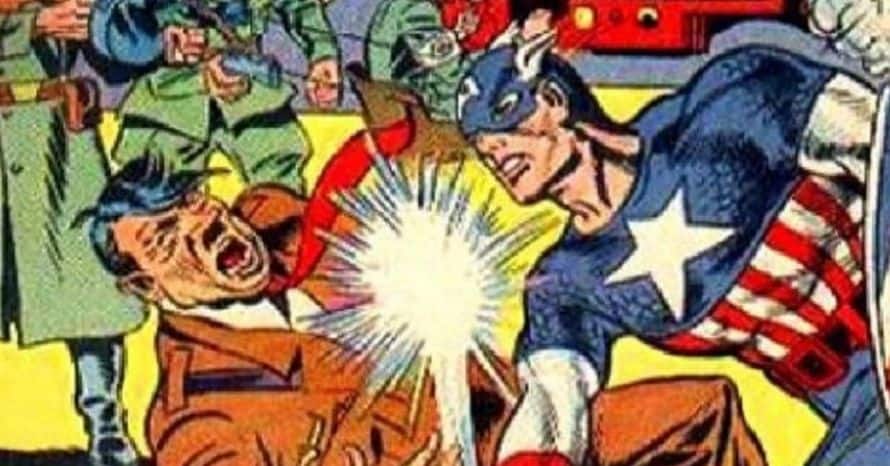 A near-mint condition issue of Captain America Comics No. 1 where the iconic Marvel character first appeared has sold for $3.1M.

Once upon a time, comic books were considered a cheap, disposable medium for children, and very little effort was made to preserve them. As a result, original editions of older books are incredibly hard to find and often sell for huge amounts of money. These numbers have, in recent months hit upwards of $3M, depending on the book in question.

Captain America Comics No. 1 was published back in 1940 and was written and drawn by Jack Kirby and Joe Simon. The cover notably shows Captain America punching Hitler in the face and sporting a shield far different than the one he had in later installments. The aesthetics for this book were used in Captain America: The First Avenger, during Steve Roger’s Liberty Bond tour before he officially joined the fight.

Currently the highest sold comic at auction is Amazing Fantasy No. 15 which featured the first appearance of Spider-Man for $3.6M. The second highest was Action Comics No. 1 which featured the first appearance of Superman and sold for $3.2M. Now the third place for the highest-selling comic has been set by Captain America Comics No. 1 which sold for $3,120,000 as part of Heritage Auctions’ comics and comic art events.

Avengers: Endgame is available on Digital HD, 4K Ultra HD, Blu-ray, DVD, and streaming on Disney Plus through IMAX Enhanced presentation. Stay tuned for all the latest news surrounding Captain America and be sure to subscribe to Heroic Hollywood’s YouTube channel for more original video content.