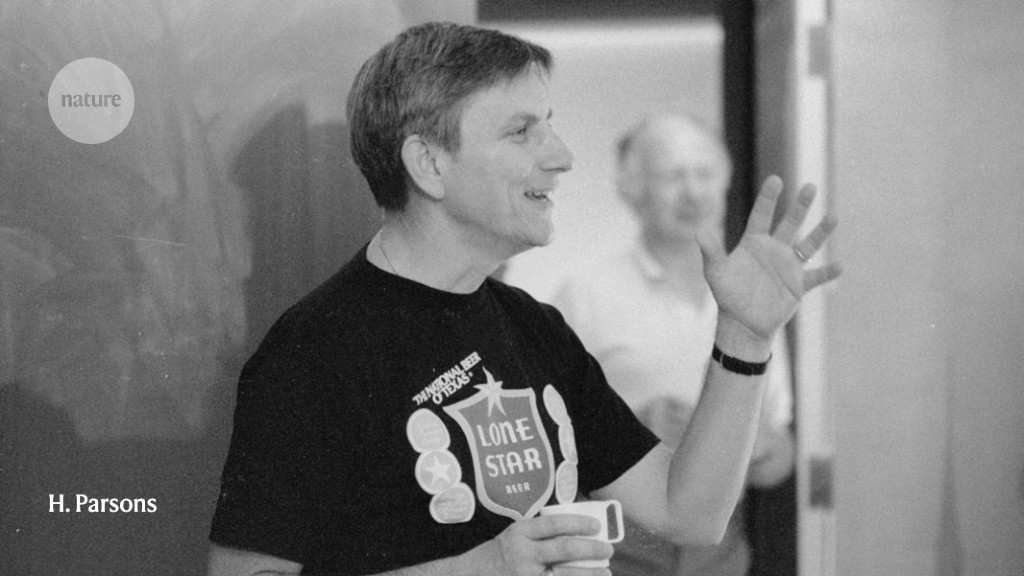 Charles Thomas (Tom) Caskey contributed to many advances in human genetics. He demonstrated the universality of the genetic code; developed one of the earliest applications of DNA fingerprinting in forensic science; was key to the early phases of the Human Genome Project (HGP); and helped to initiate personalized medicine. Enthusiastic, optimistic and extraordinarily generous with his time and knowledge, Caskey mentored a generation of young scientists and physicians. He has died aged 83.

Caskey attended the University of South Carolina before entering Duke University Medical School in Durham, North Carolina. When he qualified in 1965, the Vietnam War was ramping up. As required by the ‘Doctor Draft’, he joined a select group of young physicians, known pejoratively (but later honourably) as the Yellow Berets, in the US Public Health Service. He joined the laboratory of future Nobel laureate Marshall Nirenberg at the National Institutes of Health (NIH) in Bethesda, Maryland.

Four years earlier, Nirenberg and Heinrich Matthaei had deciphered the first codon — the three-nucleotide ‘word’ that encodes an amino acid — of the genetic code. Caskey demonstrated the universality of the code by showing that transfer RNAs from bacteria, amphibians and mammals recognized the same codons. Nirenberg wrote: “These results had a profound philosophical impact on me because they indicate that all forms of life on this planet use essentially the same language.” Caskey also identified the signals that tell the cell’s protein-synthesis machinery when to stop translating a messenger RNA.

In 1971, Caskey moved to Houston, Texas, to establish what is now the Department of Molecular and Human Genetics at Baylor College of Medicine (BCM). His research shifted to the gene encoding the enzyme hypoxanthine phosphoribosyl transferase (HPRT), which is mutated in the rare neurological disorder Lesch–Nyhan syndrome. After the cloning of the first mammalian genes in the mid-1970s, he spent 1979 with Sydney Brenner at the Laboratory of Molecular Biology in Cambridge, UK, learning to use recombinant DNA techniques to characterize mutated genes. His many studies on the HPRT gene culminated in 1990 in the publication of its complete DNA sequence.

At BCM, Caskey created an environment that stimulated gene discovery and the development of diagnostic tools by establishing facilities for mapping, cloning and sequencing disease-related genes. The successes of the highly motivated and skilful researchers he recruited, mentored and trained included determining the genes and mutations underlying fragile X syndrome, myotonic dystrophy, Charcot–Marie–Tooth disease and Rett syndrome.

Caskey participated in several advisory committees of both the Department of Energy and the NIH that evaluated the merits of an international HGP. He served as president of the Human Genome Organization and chair of Genome Canada. He and BCM led by example. The HPRT gene, which in 1990 was the longest human gene to have been sequenced, was the first to be read using an automated sequencer. The BCM Human Genome Sequencing Center, founded in 1996, ultimately contributed 10% of the human genome sequence completed by the HGP in 2003.

One of the department’s most widely used discoveries came about as part of the research programme on gene mapping. In 1991, Caskey reported that short tandem repeat sequences found in non-coding regions of the genome, such as TATATATATA or GTCGTCGTCGTCGTC, were highly variable from one individual to another and could be used for identity testing. The test he patented can be directly linked to hundreds of millions of forensic DNA tests performed since, and was used to identify people killed in the Gulf War, as well as victims of disasters. Atypical expansion of repeats causes fragile X syndrome and more than 60 other genetic disorders.

In 1994, Ed Scolnick, a former postdoc of Caskey’s and at the time head of research at the pharmaceutical company Merck, headquartered in Kenilworth, New Jersey, invited him to join the company. The result was the Merck Genome Research Institute, which applied genomic approaches to drug and vaccine development. Caskey had a strong entrepreneurial streak: he also served as managing director of venture-capital company Cogene Ventures in Houston, an investor in early-stage life-sciences enterprises based on genomic technology.

Tom was a wonderful participant in many meetings I organized at the Banbury Center at Cold Spring Harbor Laboratory in New York. He would ask probing, helpful questions in his instantly identifiable Southern drawl. An entertaining companion and a consummate story-teller, Tom, as he admitted, was never one to let the truth spoil a good tale. He was an inveterate traveller and a passionate sailor: eminent scientists occasionally found themselves at sea in severe storms, fearing their imminent demise.

In 1982, Tom closed a Banbury meeting with these words: “There is a new scientific world emerging in our study of the genetic character of man and his inherited flaws.” We all owe Tom an immense debt of gratitude for helping to bring that new world into being.