By the numbers: China’s net-zero ambitions 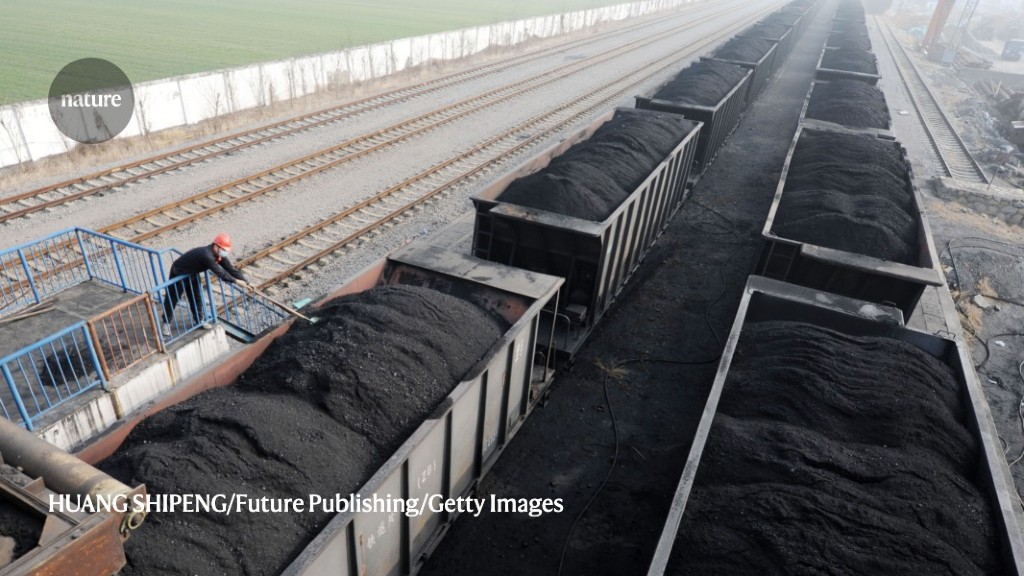 At the September 2020 United Nations General Assembly, Chinese President Xi Jinping told other world leaders over a video link that China’s carbon dioxide emissions would peak before 2030 — and that the country would reach carbon neutrality by 2060.

A year later at the same meeting, another surprise announcement by Xi included a pledge to stop building coal-fired power stations abroad after existing projects are finished — although it lacked any commitment to no longer build them in China.

Overall, Xi’s pledges have been welcomed by policymakers, who say China will benefit greatly from a transition to a green, carbon-neutral economy. “The country will be impacted, like many others, by extreme weather events, sea-level rise and affected agricultural production,” says energy researcher Yiyun (Ryna) Cui, co-director of the China programme at the Centre for Global Sustainability at the University of Maryland, College Park.

China is already a leading manufacturer of green technologies such as electric vehicles, solar panels and wind turbines, and it could benefit economically from rising global demand for these high-tech products. The green transformation could also reduce China’s dependence on foreign energy imports from Russia, Australia or Indonesia — nations that are sensitive to political tensions.

There are other political reasons to invest in green power. “The goal of carbon neutrality is strategic for China to promote a greener and lower-carbon domestic economic system,” says Xunmin Ou, an energy-policy researcher at the Institute of Energy, Environment and Economy at Tsinghua University in Beijing. “Importantly, through this transition, China can also present itself as a responsible superpower that adheres to the principle of common responsibilities of countries to tackle global climate change.”

China is the world’s largest emitter of CO2, accounting for 31% of global emissions in 2020 (see ‘Modern emissions’).

Its CO2 emissions per person have rapidly increased since the 1970s, and are today comparable with those of advanced economies such as Japan and Germany (see ‘On the up’).

However, China argues that its commitments to green power generation shouldn’t be held to the same standard as would apply to nations that became industralized more than a century before China did. It contends that, because those economies were able to expand before the climate crisis accelerated calls to cut carbon emissions, they have contributed more historical emissions than China has (see ‘100 years of emissions’).

Climate Action Tracker, an independent organization that tracks countries’ commitments to the 2015 Paris agreement on climate change, estimates that if China can achieve carbon neutrality by 2060, it could lower global warming projections by around 0.2–0.3 °C by 2060. This would represent the largest and most significant reduction by any country.

From coal to low carbon

China currently depends on fossil fuels to generate more than 80% of its energy, compared with less than 70% for countries in the European Union (see ‘Reliance on fossil fuels’). Ou says that the transition to a low-carbon economy could lead to a slowdown in the country’s economic growth in the next 5–15 years, alongside lost investment and unemployment in fossil-fuel-based industries.

Cui says that phasing out coal is a key challenge for China’s low-carbon transition. According to Global Energy Monitor, an independent carbon monitoring group, as of January 2022, there are more than 90 gigawatts’ (GW) worth of new coal-fired power plants already under construction in China, and about 160 GW of coal-power projects at earlier development stages. “China is likely to see continued growth in coal over the next few years, even if most early-stage projects are cancelled,” says Cui.

As of January this year, the operating capacity of China’s coal power plants was 1,000 GW, compared with 227 GW in the United States, 232 GW in India and 118 GW in the 27 countries of the EU and the United Kingdom.

“There are huge technological and security challenges for China’s 2060 goal,” says Ou. “Rapid research and development is needed to create technologies to generate renewable energy, and for energy storage and CO2 removal. To make this happen, capital investment worth trillions is essential.”

Over the past decade, China has taken concrete steps to tackle carbon emissions. Its share of electricity production from renewables has increased steadily, from 18% to 29% in the decade since 2010 — ahead of the United States (see ‘Rise of renewables’).

China has a notable lead in solar energy production and storage. It is the world’s largest producer of solar panels, partly because 60% of the world’s available rare-earth metals come from Chinese mines. The metals include dysprosium and neodymium, required for strongly magnetic alloys used in electric-vehicle engines and wind turbine generators. These and other rare-earth metals are also used in intricate electronic components, such as hard disks and batteries for electric vehicles.

The country leads the world in terms of scientific research output in renewable technologies, producing almost three times as many papers related to energy in 2020 as the United States did, according to data from SCImago, a portal that analyses scientific indicators of journals and countries using the Scopus database (see ‘Green research’). The number of citations for each paper from China related to green and sustainable research was comparable to those of the United States and similar countries.

China produced 57% of the world’s patents in renewable energy in 2018, according to data from Irena.org, an intergovernmental organization that supports countries in their transitions to a sustainable energy future. That figure suggests that China’s lead in this area is going to widen further (see ‘Patent predominance’).

China is trying to build a vibrant market to promote innovation in and translation and adoption of green technologies. One indicator is the value of green bonds issued. These allow companies to raise funds from investors for projects such as renewable energy from wind and solar related to the green economy, and often come with tax incentives from governments to encourage investment. In 2021, China issued $17 billion in green bonds; by contrast, the United States issued the most, worth more than $37 billion (see ‘Green investment’).

If China succeeds in its 2060 pledge, the impact on the world would be massive, says Ou. “It will show that climate change can be tackled with concrete actions and will promote a low-carbon energy system globally. It will also accelerate the rapid development and adoption of carbon-neutral technology for the world.”