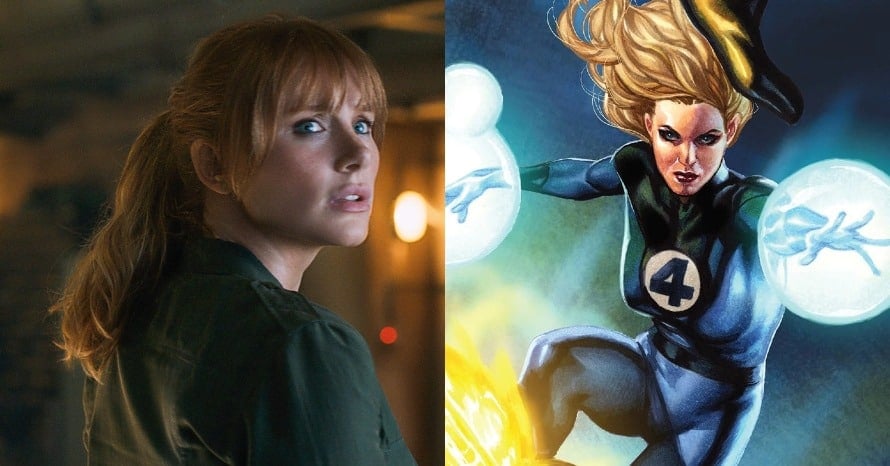 Jurassic World Dominion star Bryce Dallas Howard has denied the rumors that she will be appearing as Susan Storm, the Invisible Woman, in Marvel Studios’ Fantastic Four.

Marvel must be hoping the third time’s the charm for the Fantastic Four. Following two previous cinematic iterations, brought to the big screen by 20th Century Fox, Marvel Studios is preparing to launch their own reboot of the FF. While Fox’s first attempt was met with mixed reactions, 2015’s Fantastic Four was critically reviled and has gone down in infamy as one of the worst superhero movies ever made.

Now that the film rights for the Fantastic Four have come back home to Marvel, the future could be looking a little brighter. Doctor Strange in the Multiverse of Madness gave fans their first tease of an MCU Fantastic Four with an appearance from the Reed Richards of Earth-838, played by John Krasinski. While it is not yet known whether Krasinski will be returning as the MCU’s Earth-616 version of Mister Fantastic, a popular rumor has emerged suggesting that Bryce Dallas Howard will be joining Fantastic Four‘s cast as Susan Storm, A.K.A. the Invisible Woman.

As seen in a TikTok, a fan at a recent promotional event for Bryce Dallas Howard’s upcoming film Jurassic World Dominion presented the actress with a Sue Storm Funko Pop to sign. Howard immediately burst out laughing, clearly aware of the rumors that have been circulating online. She was quick to deny it all though, telling the fan:

Check out the video below:

Of course, denials like this are commonplace amongst actors whose names are mentioned in connection with any Marvel Studios project – whether or not the rumors turn out to be true. Recently, Andrew Garfield earned a reputation for his many repeated denials he was in Spider-Man: No Way Home – a film that did indeed see Garfield return to the role of Spider-Man. Fans will just have to wait and see whether Bryce Dallas Howard is being genuine in her denials or is following in Garfield’s footsteps and will be seen (or not quite seen) as the Invisible Woman in Marvel’s Fantastic Four.

Whether or not she will be seen in the MCU any time soon, Bryce Dallas Howard can be seen in the upcoming Jurassic World Dominion. Here’s the synopsis: