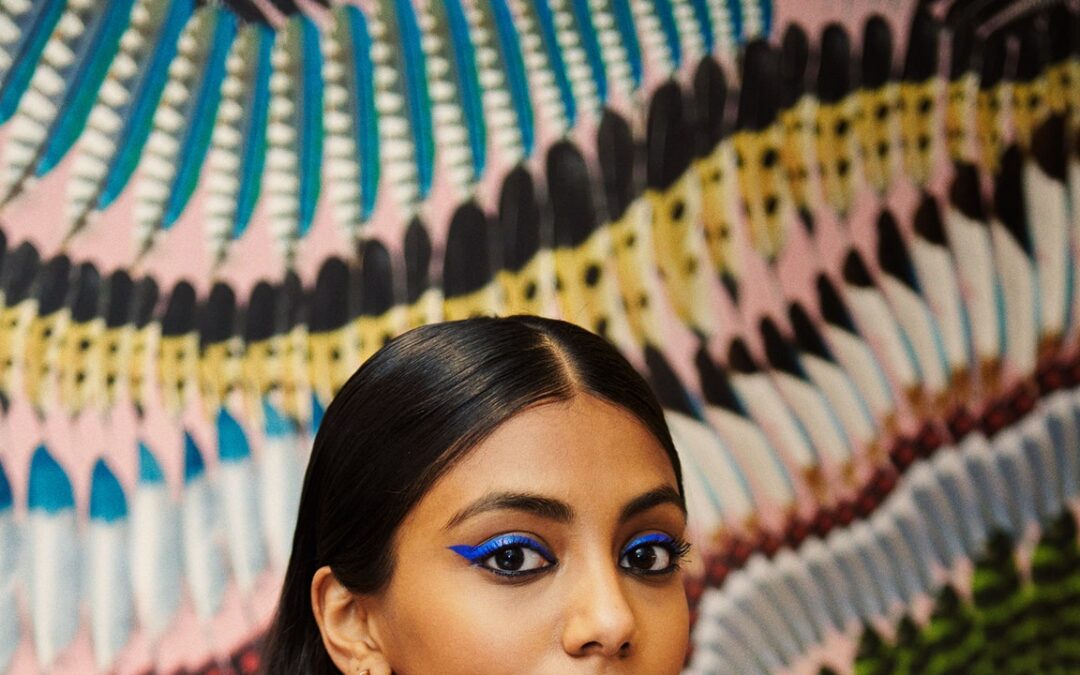 Just behind oxford street — London’s shopping district — is a family-run deli with vintage Formica tables and a retro vibe. There is precisely zero pretense at Paul Rothe & Son, the 122-year-old sandwich shop where actor Charithra Chandran, who appears in the second season of Netflix’s Bridgerton (which premieres March 25), has suggested we meet. “It is a London institution,” she emails before our interview, and a girl’s gotta eat. “I love sandwiches. They have, like, 100 different mustards. I love mustard.”

Chandran is a first-generation British South Indian and we’re here to talk about her London. But first things first: “I’m feeling Coronation Chicken today,” she says. That’s a British filling created for Queen Elizabeth II, and it’s a curious mix that includes roast chicken, mayonnaise, apricot jam, and curry powder. It tastes much nicer than it sounds. Then Chandran politely addresses the dilemma of so many first meetings these days: “Are we hugging?” (We are.)

Over a cup of English breakfast tea and a cacophony of “White or brown bread, mate?,” Chandran tells me about the unexpected turn her life took over the last year and change. After studying philosophy, politics, and economics at Oxford, she was set for a corporate career. Instead, she pursued acting, which had been a hobby, studying at London’s National Youth Theatre. After a raft of auditions, she was cast in Amazon’s spy thriller Alex Rider, and then as Bridgerton’s Edwina Sharma. “It’s really key to me that [Asian women] aren’t just supporting characters and vehicles for other people’s stories; we have stories of our own,” says Chandran. “It’s been such an honor [playing Edwina].”

One story that’s inescapable here is the legacy of colonial rule: Though colorism existed before Britain colonized India in 1858 (until 1947), colonialization amplified it. And, more than half a century later, it’s something Chandran has personally experienced. “All my life I grew up with people telling me that I would be pretty if I was lighter-skinned. I remember [someone] said to my grandma, who is quite lightskinned, ‘Your granddaughter’s cute. Shame she didn’t take after you.’ She meant my skin color.” Chandran recalls trying to wash the color off of her hands when she was younger, until something started to shift: “When I was 16, seeing people like Mindy Kaling have her own show and Lupita Nyong’o at the Oscars in her blue Prada gown, I just thought, These people are beautiful.… Oh, my God! I’m beautiful too. And I don’t need to change anything about myself.”

Now, beauty is how Chandran stays connected to her Indian heritage, inspired by memories of visiting Tamil Nadu in India. “My grandmother would sit me on this little stool, put oil in my hair, plait it, and then buy fresh jasmine flowers to put in it,” she says. “I still use coconut oil in my hair once a week, usually Sundays.” It’s her body moisturizer too. And instead of perfume, Chandran’s ultimate scent is sandalwood soap.

“I still use coconut oil in my hair once a week, usually on Sundays.

“Obviously, [Britain] has a lot of issues, and I don’t want to take away from that,” she says. “But it’s also a multicultural success story. [When I was younger,] my friends would be jealous of my skin color and I wouldn’t understand why. I think part of being British is actually learning to accept the skin I’m in.”