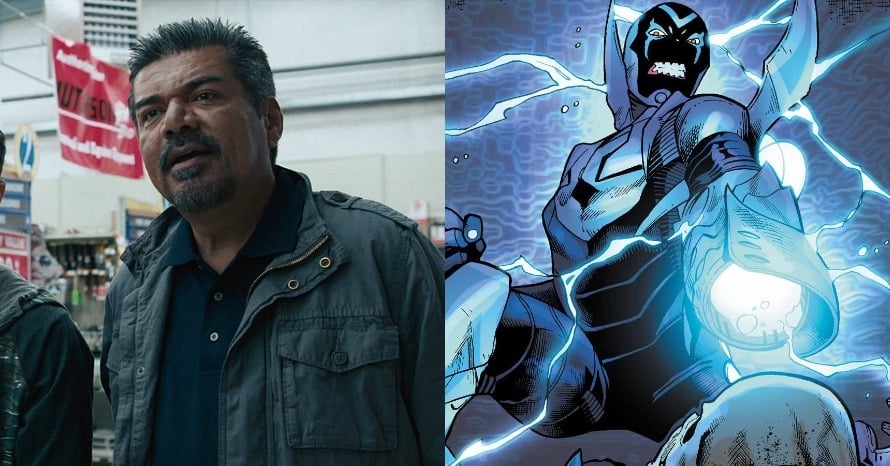 George Lopez is heading to the DC Universe as he has joined the upcoming Blue Beetle film starring Xolo Maridueña.

The cast of Warner Bros. and DC’s Blue Beetle continues to grow with the addition of George Lopez. TheWrap broke the news this morning, reporting that Lopez has joined the highly-anticipated superhero film in an undisclosed role. The 60-year-old actor and comedian was last seen in the CBS series The Neighborhood.

In addition to George Lopez, Blue Beetle has also added Adriana Barraza, Elpidia Carrillo, and Damián Alcázar to its expansive cast. Barraza is best remembered for her role in Alejandro González Iñárritu’s Oscar-nominated drama Babel. Carrillo is ’80s action-movie royalty as she starred alongside Arnold Schwarzenegger in the original Predator. Audiences familiar with Alcázar will have last seen him in Netflix’s Narcos. He’s also remembered for his role in The Chronicles of Narnia: Prince Caspian as Lord Sopespian.

Production is expected to begin later this year.

A 20-year old actor of Mexican, Cuban and Ecuadorian descent, Xolo Mariduena is best known for his work as Miguel Diaz in the Karate Kid sequel series Cobra Kai, which made its debut on YouTube Red before moving to Netflix. He previously starred in the NBC series Parenthood. Blue Beetle marks Maridueña’s first foray into the DC Universe.

In DC Comics lore, Dan Garrett was an archeologist who discovered the Blue Beetle scarab and used its power to fight crime. Though his successor, Ted Kord, was unable to harness the scarab’s power, the brilliant billionaire took on the Blue Beetle mantle from his mentor using technology and martial arts. Years later, a teenage boy named Jaime Reyes came into the possession of the Blue Beetle scarab and used it to manifest a weaponized exoskeleton. Taking on the Beetle mantle, Jaime used the suit for good alongside his two best friends Brenda and Paco.

Created by Keith Giffen, John Rogers and Cully Hamner, Jaime Reyes made his first appearance in the pages of 2006’s Infinite Crisis #5. A live-action version of Jaime made an appearance in the Superman prequel series Smallville, with Jaren Brandt Bartlett playing the DC Comics hero.