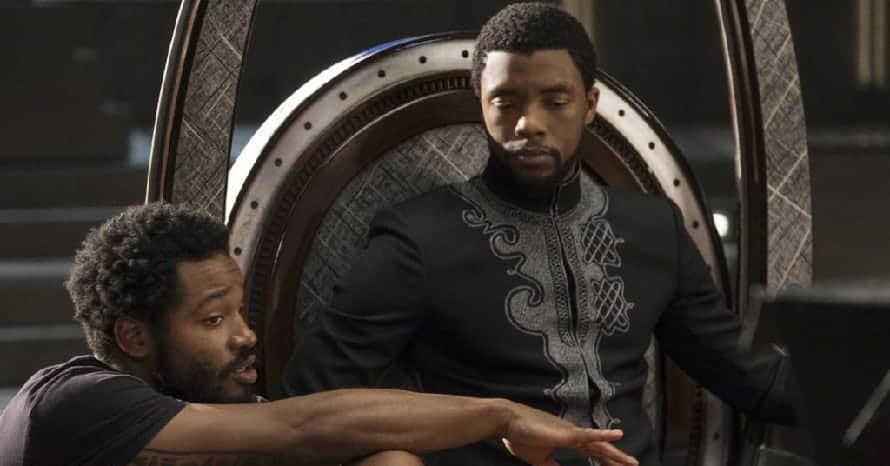 Black Panther director Ryan Coogler was detained by Atlanta police in January after being mistaken as a bank robber.

Ryan Coogler was detained by police on January 7th at a Bank of America location according to Atlanta police. The Black Panther helmer went to the bank teller with a withdrawal slip and a note that reportedly said “I would like to withdraw $12,000 cash from my checking account. Please do the money count somewhere else. I’d like to be discreet.” The teller mistook the director’s request as a robbery and triggered an alert notification from the bank account.

The teller then reported to her manager that she believed that Ryan Coogler were in the process of a robbery, which led to them calling the Atlanta police. Shortly afterward, police officers arrived and briefly handcuffed Coogler, and detained his two colleagues, who were waiting for him outside the bank. After verifying his identity with his colleague and the Bank of America staff, Coogler was released alongside his colleagues.

Speaking with Variety, Ryan Coogler confirmed the situation and maintained that he had resolved it with Bank of America.

“This situation should never have happened. However, Bank of America worked with me and addressed it to my satisfaction and we have moved on.”

Footage taken directly from a police officer’s bodycam can be seen below.

Ryan Coogler is currently working on Black Panther: Wakanda Forever for Disney. Here is the official synopsis for the first Black Panther film:

After the death of his father, the king of Wakanda, young T’Challa returns home to the isolated high-tech African nation to succeed to the throne and take his rightful place as king. But when a powerful enemy reappears, T’Challa’s mantle as king – and Black Panther – is tested when he’s drawn into a formidable conflict that puts the fate of Wakanda and the entire world at risk. Faced with treachery and danger, he must release the full power of Black Panther to defeat his foes and secure the safety of his people and their way of life.

The original film is available to own on 4K Ultra HD Blu-ray, Blu-ray, DVD and Digital HD while also being available to stream on Disney Plus. Meanwhile, Black Panther: Wakanda Forever will hit theaters on November 11, 2022. Stay tuned for the latest news regarding the Black Panther sequel and Ryan Coogler, and make sure to subscribe to our YouTube channel for more content.