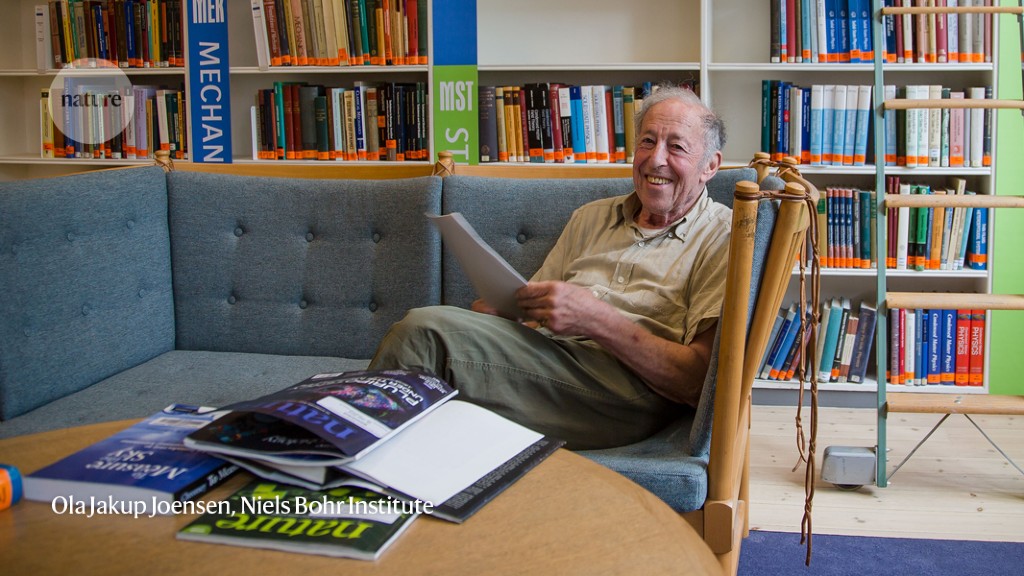 Benjamin Mottelson was a US-born physicist who specialized in theoretical work on the structure of the atomic nucleus. During the 1950s, in close collaboration with his Danish colleague Aage Bohr, Mottelson constructed a theory known as the collective model, which was greatly superior to previous nuclear models. The model not only stimulated fresh experiments in nuclear physics, it also proved fertile across disciplines by relating the atomic nucleus to areas such as superconductivity and the physics of neutron stars. Mottelson and Bohr (whose father Niels won a Nobel prize in 1922) shared the 1975 Nobel Prize in Physics for their work, together with US nuclear physicist James Rainwater.

Mottelson, who has died aged 95, spent almost his entire research career in Copenhagen, where he was a leading figure in the nuclear-physics community. His work revitalized the University of Copenhagen’s Institute for Theoretical Physics, founded by Niels Bohr in 1921 and renamed in 1965 as the Niels Bohr Institute. Mottelson’s enthusiasm, extroversion and broad interests made him a treasured teacher and lecturer in Denmark as well as overseas.

Born in Chicago, Illinois, in 1926, Mottelson graduated from secondary school during the Second World War and was then sent by the US Navy to Purdue University in West Lafayette, Indiana, for officer training. He received his bachelor’s degree from Purdue in 1947 and went on to do graduate studies in nuclear physics at Harvard University in Cambridge, Massachusetts, with Julian Schwinger, who would receive the 1965 Nobel prize for his contributions to quantum electrodynamics. Funded by fellowships from Harvard and the US Atomic Energy Commission, Mottelson then left the United States to do postgraduate work at the Institute for Theoretical Physics in Copenhagen.

Until 1950, the favoured model of the atomic nucleus was the shell model, so called because nucleons (protons and neutrons) occupied quantum levels, or shells, like the atomic electrons. However, Aage Bohr then suggested that the nucleus might rotate like a viscous liquid ellipsoid — something like a rotating raw egg. As soon as Mottelson arrived in Copenhagen and met Bohr, they began to collaborate on models of atomic nuclei. In his 1975 Nobel lecture, Mottelson described what became a life-long collaborative research programme as ”a dialogue between kindred spirits that have been attuned through a long period of common experience and jointly developed understanding”.

In 1953, in a 174-page essay published by the Royal Danish Academy of Sciences and Letters, Bohr and Mottelson presented what became known as the collective, or unified, model of nuclear structure. It incorporated features of the shell model and the rival liquid-drop model, which pictured the nucleons as analogous to the molecules in a water droplet. As Mottelson was one of the first to point out, the model predicted that a phenomenon called Coulomb scattering would occur when charged particles interacted. This was confirmed by experiments in Copenhagen and elsewhere. The Bohr–Mottelson collective model stimulated a wide range of experiments in nuclear physics, such as the study of spectra generated by rotating nuclei.

In 1957, BCS — or Bardeen-Cooper-Schrieffer — theory was proposed to explain microscopic aspects of superconductivity. Bohr and Mottelson then realized that nuclear matter has properties analogous to those of superconducting solids, and published this insight in an important 1958 paper written jointly with the US physicist David Pines (A. Bohr et al. Phys. Rev. 110, 936; 1958). By extending the BCS theory to the nuclear domain, the three physicists were able to explain the difference in the stability between isotopes with even and odd numbers of nucleons. During the 1960s, Bohr and Mottelson continued their studies of nuclear structure, ambitiously aiming at a comprehensive and synthetic treatment of the entire area. The first result of their efforts appeared in 1969, with volume 1 of the monumental Nuclear Structure, which was completed six years later in a second volume — the same year that they received their Nobel prize. It was the most recent Nobel prize to be awarded for work in nuclear physics.

In 1953, Mottelson took up a research position in the theoretical study group that the newly established CERN, the European centre for nuclear and high-energy physics, had formed in Copenhagen at the Institute for Theoretical Physics. When the theory group moved to Geneva, Switzerland, in 1957, Mottelson was appointed professor at the nearby Nordic Institute for Theoretical Atomic Physics (Nordita) founded the same year. In 1971, Mottelson became a naturalized Danish citizen. Apart from visiting professorships, he remained at Nordita until he retired in 1994.

Although retired, he continued his research as an emeritus professor and occasional lecturer. In 2015, the 88-year-old physicist contributed to a paper on the low-temperature, low-density states of matter known as Bose-Einstein condensates (J. C. Cremon et al. Phys. Rev. A 91, 033623; 2015). Another topic that Mottelson wrestled with during his later years was the foundation of quantum mechanics, which he investigated in papers written with Aage Bohr and Ole Ulfbeck. Mottelson and his co-authors wanted to know what quantum mechanics is really about and why its equations work so well. They argued that the proper foundation of quantum mechanics was a “principle of genuine fortuitousness” and that this principle implied a new geometric, rather than atomic, world view that had dimensions of space and time but not mass. Their radical interpretation of uncaused events, such as clicks in a detector, led them to argue that Planck’s quantum constant has no place in fundamental theory.

Ben was an active man who liked swimming, cycling and music. Every day, he biked the 12 kilometres to the Niels Bohr Institute from his home in a suburb north of Copenhagen. He will first of all be remembered for his seminal contributions to the theory of nuclear structure. But he will also be remembered, and missed, for his warm human qualities and wide interests beyond physics.