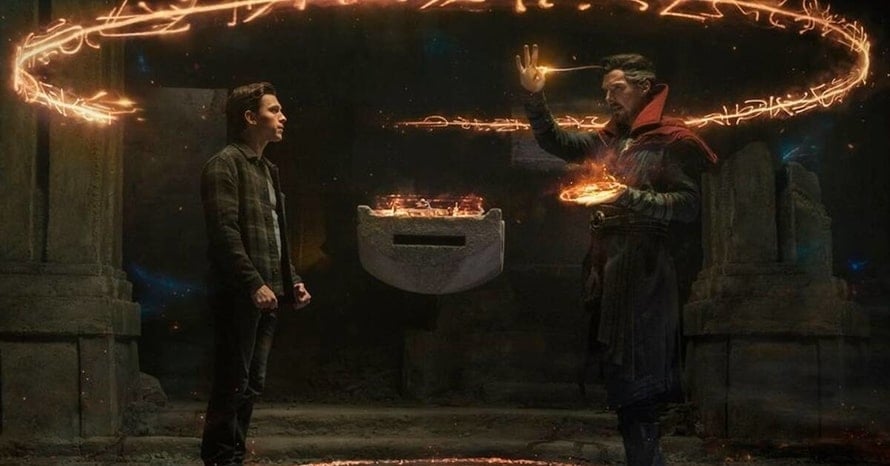 Marvel are going all in on the multiverse right now, with Doctor Strange in the Multiverse of Madness set to dive even further into alternate realities than Spider-Man: No Way Home did at the end of last year. The third MCU Spider-Man film saw visitors from multiple universes – namely, those universes where Andrew Garfield’s and Tobey Maguire’s Spider-Man movies take place – being brought into the MCU after a spell cast by Doctor Strange went disastrously wrong. However, while Wong warned Strange not to cast the spell, Doctor Strange actor Benedict Cumberbatch believes the real fault lies with Peter Parker.

Talking to Total Film in a recent interview, Cumberbatch says of the botched spell “I know we all love Peter Parker, but can we just rewind to the point that the spell is interrupted something like six times?” The moment Cumberbatch is referencing involved Tom Holland’s Peter realizing the spell he had asked Strange to cast, erasing the memory of his outed secret identity from the minds of the world, would also affect his closest friends and family. Peter repeatedly interrupts the spell, asking Strange to spare MJ, Ned Leeds, his Aunt May and Happy Hogan from its effects, leading to Strange losing control of the spell.

It’s clear that Benedict Cumberbatch feels a strong affinity for Doctor Strange, looking back on the events of Spider-Man: No Way Home from Strange’s point of view. Talking about his character’s arrogant nature, which many fans have blamed for Strange’s tampering with reality, Cumberbatch said “I think it’s just too easily written off as: ‘He’s going to have to pay for his arrogance.’ It’s not all arrogance, actually. I think some of it is a very calculated risk. But we’ll see where that takes him [in Doctor Strange in the Multiverse of Madness].”

Doctor Strange in the Multiverse of Madness hits theaters on May 6, 2022. Meanwhile, Spider-Man: No Way Home will be available to own on Digital HD on March 15, 2022 and on 4K Ultra HD Blu-ray, Blu-ray, and DVD on April 12, 2022. Stay tuned for all the latest news on the upcoming film, and be sure to subscribe to Heroic Hollywood’s YouTube channel for more original video content.