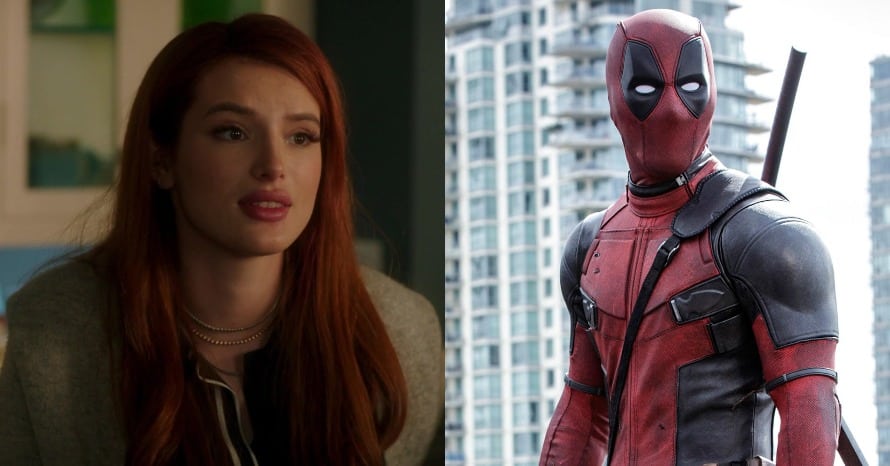 Bella Thorne responded to fan castings by revealing she wants to join Ryan Reynolds in Deadpool 3.

Deadpool 3 is moving forward at Marvel Studios, with Shawn Levy in tow to direct. Details are slim on the threequel but it has been confirmed that the film will be afforded an R-rated release, a first for the somewhat family-friendly company. With a director confirmed, more details should be trickled down soon.

With the wait between the second and third sequel so long, fans had no choice but to speculate what the upcoming film could be about. One interesting idea that fans ran with was the concept of introducing Lady Deadpool into the mix. Bella Thorne has been one of the few names to pop up during fan casting discussions, so ComicBookMovie took the time to ask the star her thoughts on joining Ryan Reynolds’ Marvel franchise.

Yes, superheroes are definitely fun. I love action stuff, naturally, and I do a lot of action stuff with stunts and whatnot. It’s just always really fun on set and it breaks up the work day when you get to concentrate on the body and feel and how to perform not just using your voice. That’s always really fun for me. Deadpool is my favourite. It’s so raunchy and, hello, who doesn’t love Ryan Reynolds? He just f***ing nails that role to the floor.”

The star then went on to compare the Ryan Reynolds franchise to Amazon’s The Boys, which is an apt comparison as both offer an unfiltered look at the world of superheroes.

“What I love about Deadpool is that realism mixed with the, you know, superhero world. It’s something where we feel we can talk to this superhero now in today’s day while still having them be a superhero. I love that shit. Like, The Boys? Love that TV show [Laughs]. Guys! I’m here. Where are you at?”

Deadpool 2 is available on 4K Ultra HD, Blu-ray, DVD, and Digital HD. Stay tuned for all the latest news on Shawn Levy’s Deadpool 3, and be sure to subscribe to Heroic Hollywood’s YouTube channel for more original video content.