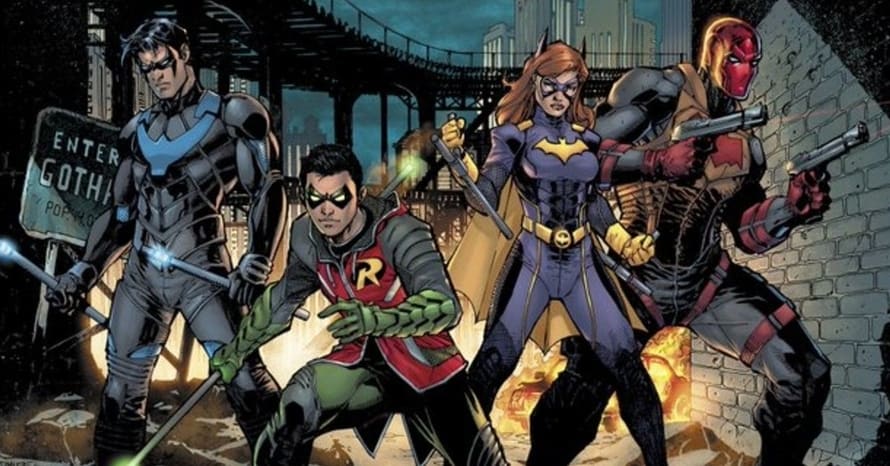 The Batman cowl for The CW’s upcoming new series DC Comics Gotham Knights was revealed in a behind-the-scenes image.

Although the last few weeks have been a bit sad for fans of The CW’s numerous series, particularly those based on DC Comics characters, Gotham Knights still received a full-series order, which comes in just in time after the cancellation of both Arrowverse series Batwoman and Legends of Tomorrow. This new series takes place after the death of Bruce Wayne/Batman, and is yet another story about the iconic city and some of its key characters without the presence of him himself.

A brand new behind-the-scenes photo from the set of The CW’s new series reveals the Batman cowl. As you can see, it’s light blue, similar to some incarnations seen in the comic books, but rarely seen in live-action form:

Given that this blue Batman cowl hints at Bruce Wayne donning a blue cape and suit in The CW’s Gotham Knights, it will be interesting to see if any action featuring this look was filmed. This would be a fun departure from the typical black and grey color scheme that every cinematic version of the Dark Knight is married to.

Here is the synopsis for the pilot for the upcoming The CW series:

In the wake of Bruce Wayne’s murder, his rebellious adopted son forges an unlikely alliance with the children of Batman’s enemies when they are all framed for killing the Caped Crusader. And as the city’s most wanted criminals, this renegade band of misfits must fight to clear their names. But in a Gotham with no Dark Knight to protect it, the city descends into the most dangerous it’s ever been. However, hope comes from the most unexpected of places as this team of mismatched fugitives will become its next generation of saviors known as the Gotham Knights.

Stay tuned for all the latest news surrounding the upcoming Gotham Knights series and the future of Batman on the big and small screens, and be sure to subscribe to Heroic Hollywood’s YouTube channel for more original video content.