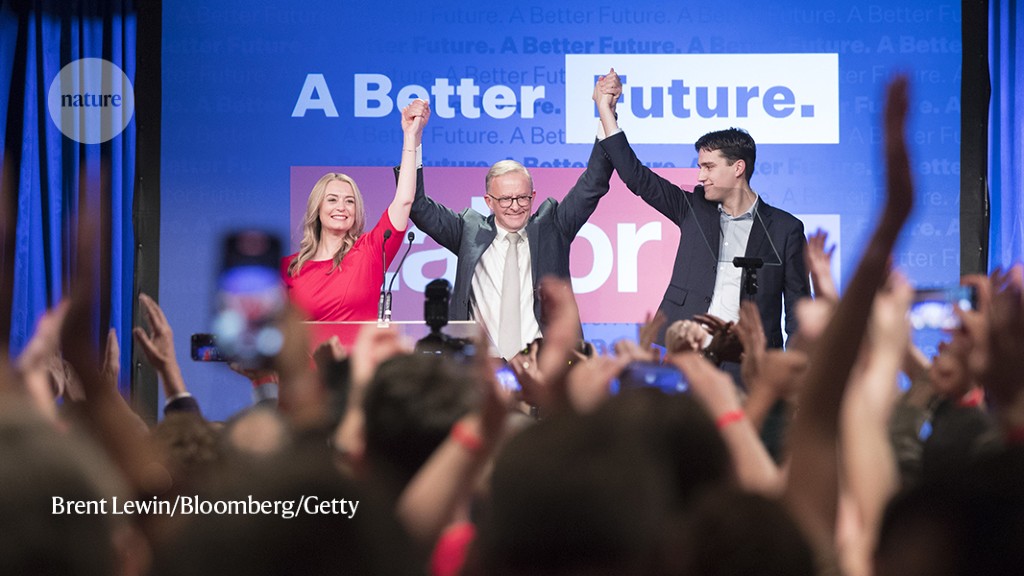 For the first time in more than a decade, an Australian election did not feature a fierce debate over climate-change policy between the two main parties. But action on global warming was clearly a key issue for voters, who on Saturday ousted the incumbent Liberal-National coalition in favour of the centre-left Labor Party. Researchers in Australia are cautiously optimistic that the new government will take stronger action than its predecessor to reduce greenhouse-gas emissions.

Although votes are still being tallied, the Labor Party, led by new Prime Minister Anthony Albanese, has so far won 75 seats, enough to form a minority government. A dozen seats have also been won by the Greens and independent candidates, many of whom promised to do more about global warming than the former government.

The result is “huge” for those pushing for more ambitious climate action in Australia, and “highlights a significant shift in the political landscape on these issues of climate and environment”, says Jody Webster, a marine geoscientist at the University of Sydney. Polls prior to the elections suggested that climate change was a top priority for most voters.

“The policies of the previous government were often at odds with the science of climate change, so hopefully that will change with the new government,” says Michael Brown, an astrophysicist at Monash University in Melbourne.

In his victory speech, Albanese promised to end “the climate wars” that have plagued the nation’s politics for more than a decade. He said Australia had the opportunity “to be a renewable energy superpower”.

“Australia is badly exposed to impacts from climate change — from droughts and fires to floods — yet research on climate-change impacts and adaptation has been starved for years,” says Frank Jotzo, an environmental economist at the Australian National University in Canberra.

Although science policy was not a major feature of the campaign for either of the two major parties, researchers are hopeful that the new government will provide more support for basic science and a commitment to research independence. Webster thinks the new government will be “more open to supporting pure rather than just applied-industry-focused research, while also interfering less in the major grants processes”.

The Labor Party has promised to establish a Parliamentary Office of Science, modelled on the one in the United Kingdom, to provide independent scientific advice to the parliament. The party has also pledged to increase public and private spending on research and development to nearly 3% of GDP, reversing a declining trend in investment, which currently stands at just below 2%. However, the Greens have called for spending to be raised to 4%. “Many researchers will also be looking to the Greens to use their expanded political leverage to push” this policy, says Darren Saunders, a biomedical scientist at the University of Sydney.

Labor also committed to establishing an Australian Centre for Disease Control and to improve pandemic preparedness. COVID-19 has demonstrated the importance of science to finding an exit from the pandemic, but funding for health research in Australia is “grossly inadequate”, says Fiona Russell, a paediatrician and infectious-diseases epidemiologist at the University of Melbourne. “We must invest more in science.”