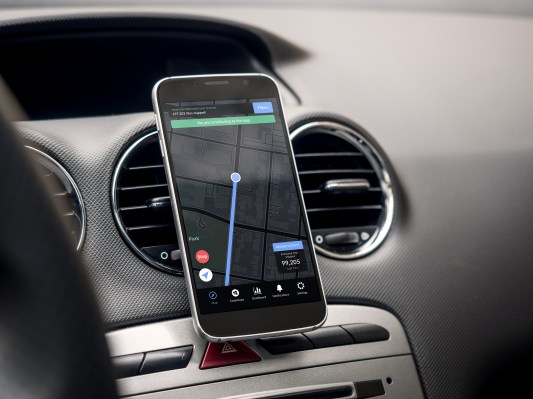 Over a decade ago, a group of employees at Yahoo were struggling to compete with Google Maps as the younger firm aggressively outspent its rivals and scaled its offering with a grand vision and unmatched risk-appetite.

“We didn’t have the same kind of budget and they ultimately won. But as a competitive person that was deeply frustrating to me,” said Ariel Seidman, who served as a product manager at Yahoo.

Soon enough, Siedman co-founded Gigwalk and attempted to use smartphones to supply mapping data. The startup scaled to 2 million users, amassed tens of millions of dollars in revenue, but in his own words, “it was never going to get to the scale that was really needed to build out a global map.”

A lot has changed in recent years that has Siedman convinced again that it’s now the right time to take another stab at fulfilling his long-lasting dream of building a global mapping infrastructure.

Google Maps’ remarkable price hike four years ago came as a surprise to countless businesses relying on the Android-maker’s offering. It upset many of them and drove some to try alternatives.

Three startup founders in India and Pakistan have told me in recent years that cutting reliance on Google Maps is saving them tens of thousands of dollars each month, for instance.

There’s also an antitrust investigation looming over Google Maps, according to Reuters, which reported last month that the DOJ had “breathed new life into an investigation of Google Maps to determine if bundling the service together with other Google software illegally stifles competition.”

And then there’s the whole web3 push.

Siedman believes that now exists the right incentive model – getting a community behind the project and sharing the upside with them – and the infrastructure that can help a project quickly scale and offer a solution to businesses that makes economic sense.

On Tuesday, Hivemapper, Siedman’s new startup, announced it has raised $18 million to make further inroads with its attempt.

The startup’s Series A round was led by Multicoin Capital. Scores of other investors including Craft Ventures, Solana Capital, Shine Capital, Spencer Rascoff’s 75 and Sunny Ventures also participated in the round, which brings Hivemapper’s all-time raise to $23 million.

Investors are getting both equity and warrants for tokens in the new round, said Siedman in an interview with TechCrunch.

Hivemapper is building a decentralized, blockchain-based mapping network. It is relying on dashcams, and maps contributors and drivers, to capture 4K, street-level imagery. This data is then processed, tweaked for quality assurance, and annotated.

For their contribution, Hivemapper says it is rewarding both drivers and editors with the startup’s native token called HONEY.

Siedman said his conversation with a number of entrepreneurs including Amir Haleem, the founder and chief executive of decentralized wireless network Helium, helped him gain more confidence about the business model of giving ownership to the contributors. Haleem is also joining Hivemapper’s board of directors.

“That’s what generates loyalty. That’s what generates passion, right? And ultimately, especially for the early contributors, I felt like even if they made $5,000 or $10,000 in cash that was never gonna be significant relative to the value that they’re actually providing for the map in the early days. Ownership would actually compensate them correctly, especially if the global map becomes worth tens of tens of billions of dollars or hundreds of billions of dollars,” he said.

Using dashcams has its own advantages. Tushar Jain, Managing Partner of Multicoin Capital, said dashcams allows drivers and the firm to avoid spending on expensive mapping vehicles, “nor does it have to pay people to drive those cars around.”

“Instead, the network can simply identify regions that need to be mapped and put bounties on them, which are then claimed by a vast community of map contributors who are eager to claim those rewards for simply driving their daily commutes. As a result, Hivemapper creates unprecedented coverage, freshness, and quality in a radically more cost effective way,” he said.

Hivemapper is currently live in nine metro areas. It plans to launch in 30 more markets this year before expanding to international regions.

The startup, to begin with, is planning to cater to businesses such as logistics and delivery firms, governments and NGOs.

Hivemapper is building atop of the Solana blockchain. (Businesses will buy credit, which will be transacted on the blockchain. But each API call by the business for using Hivemapper won’t be treated as transactions.)