Arrow’s Katie Cassidy Shares Excitement To Move On From Arrowverse 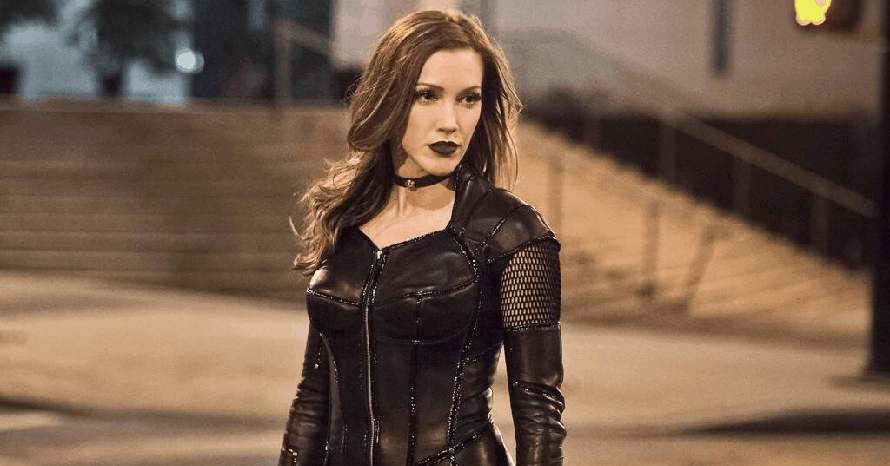 Katie Cassidy, who played Laurel Lance in The CW’s Arrow, has talked about the canceled spin-off Green Arrow and the Canaries and her excitement to move on to new projects.

Katie Cassidy starred in Arrow since the show’s beginning in 2012, appearing as Dinah “Laurel” Lance, better known to DC fans as the Black Canary. While her character was killed off in Season 4 of the show, Cassidy returned as Earth-2’s more villainous iteration of Laurel, undergoing a redemption arc to become a new Black Canary over the show’s remaining seasons. A spin-off series, set in the future and following the daughter of Oliver Queen and Felicity Smoak, Mia Smoak, had been in the works at The CW but never came to fruition. The series, titled Green Arrow and the Canaries, would have featured Cassidy’s Laurel and fellow Black Canary Dinah Drake working alongside the future Green Arrow.

In a recent interview with ComicBookMovie.com, Katie Cassidy was asked about the cancellation of Green Arrow and the Canaries and whether she felt the network had missed an opportunity by passing on the spin-off series. Cassidy, however, seemed to have no regrets over the cancellation and talked about her excitement to move on to new things, which currently include directing and producing. Check out everything she had to say when asked about Green Arrow and the Canaries below:

“No. I say this in the most respectful, kind, realistic way…we really, really milked that cow. Like, c’mon. You evolve, you grow, you…I love learning and I love acting, but also, I started in features and I’m stepping back into [them]. I’m directing this movie with Marina Studios that I’m also producing called Daddy Issues. I’m writing and tapping into this creative side of me that I’ve never had time to because I’ve been acting. I’ve loved acting my whole life, but I want to grow.

“It’s not that I wouldn’t have loved for the show to go [ahead] because I loved working with everyone, but let’s do something different! Let’s shake some shit up! [Laughs]. We know about the superheroes. We’ve been there. What’s next? There were vampires with the Twilight thing and superheroes have been cool for a decade and will forever be cool, but let’s go to aliens again or, I don’t know, monsters. Things evolve and then maybe we’ll go to space with aliens and monsters.”

It sounds like Katie Cassidy is looking forward to the opportunity to explore new genres, moving away from the superhero stories she thoroughly explored over her time on Arrow.

Here is the official synopsis for the series finale of Arrow:

STEPHEN AMELL SIGNS OFF AS THE GREEN ARROW; EMILY BETT RICKARDS RETURNS FOR THE SERIES FINALE OF “ARROW” – After eight seasons, and the launch of countless superheroes, the series wraps up the story of the Green Arrow (Stephen Amell). Emily Bett Rickards returns as Felicity. James Bamford directed the episode written by Marc Guggenheim & Beth Schwartz (#810). Original airdate 1/28/2020.

Stay tuned for all the latest news surrounding David Ramsey’s upcoming series and be sure to subscribe to Heroic Hollywood’s YouTube channel for more original video content.