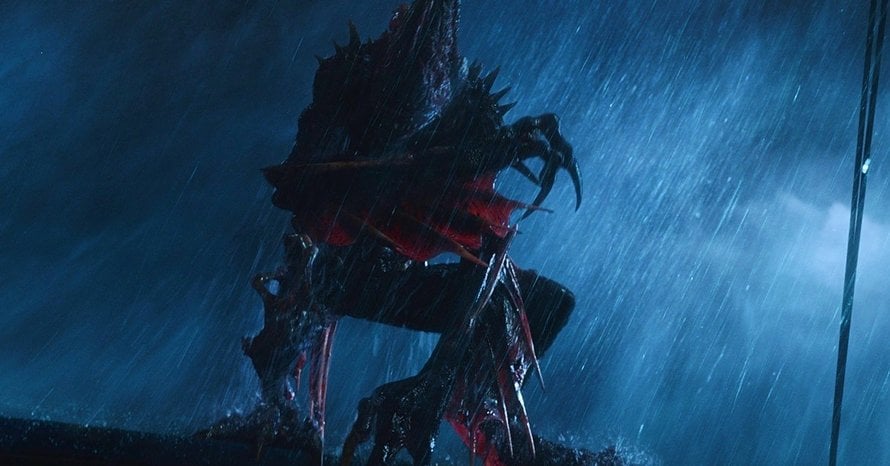 Aquaman director James Wan recently reflected on the scrapped spinoff, The Trench, and how ideas from this film are still making their way into his work.

Aquaman proved a huge hit for DC and Warner Bros. when it was released in 2018, with Game of Thrones star Jason Momoa finally making one of DC’s most mocked heroes cool in the eyes of the audience. As well as the usual comic-book movie thrills, Aquaman brought some chilling moments to life in a scene involving the Trench.

The Trench are a monstrous subspecies of Atlanteans. They are carnivorous creatures, more fish-like than regular humanoid Atlanteans, and have adapted to survive at extreme depths. The planned spinoff would have been more of a horror movie, focusing on the Trench and Aquaman’s nemesis, Black Manta.

In a recent interview with ComicBook.com, James Wan was asked about the scrapped Aquaman spinoff. The director revealed that ideas from The Trench may continue to influence his work, suggesting elements from that film could still be seen elsewhere. Wan said:

While James Wan doesn’t confirm whether any of his unused ideas from The Trench are making their way into the upcoming Aquaman and the Lost Kingdom, it certainly sounds like that could be the case. It’s also possible that some of the underlying concepts and ideas for The Trench could find a home elsewhere, in the director’s work outside of DC.

Aquaman and the Lost Kingdom will hit theaters on March 17, 2023. Stay tuned for all the latest news on the upcoming DC sequel, and subscribe to Heroic Hollywood’s YouTube channel for more original video content.