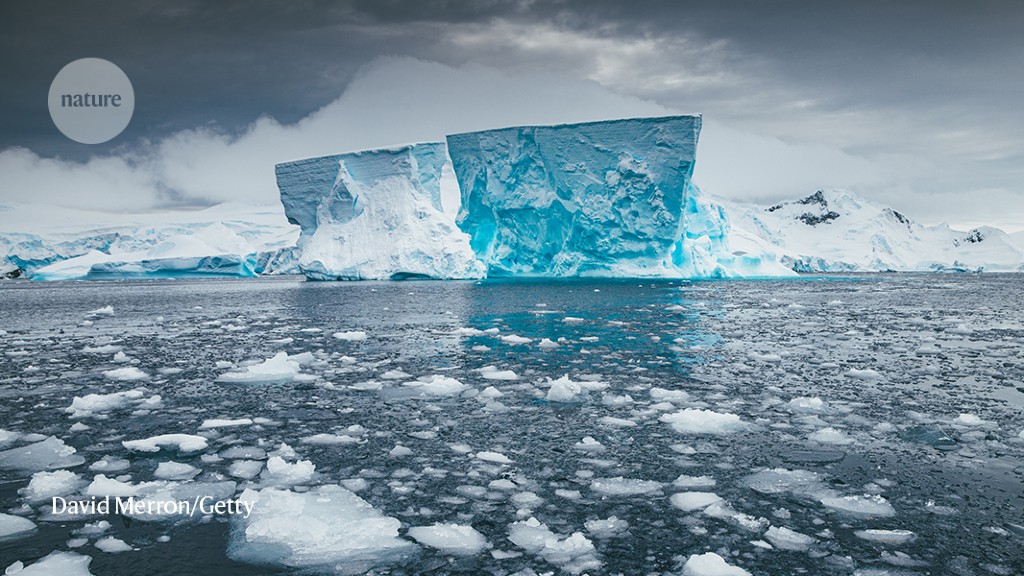 The minimum extent of 1.92 million square kilometres occurred on 25 February and was 190,000 square kilometres less than the now second-lowest extent, reached in 2017, the US National Snow and Ice Data Center (NSIDC) reported on 8 March.

“The record low for total Antarctic sea ice happened in much the same way as the 2017 event,” says Ryan Fogt, a climatologist at Ohio University in Athens. Both events had an earlier than average maximum sea-ice extent, which was followed by rapid declines, he says. From 2017, the sea-ice extent stayed well below average for a few years, returning to near-average conditions again in 2020.

The record low was partly due to strong winds pushing ice out of the Ross Sea, a bay off the coast of Antarctica, to areas further north where it iswarmer. There, the ice broke up and melted, says Walt Meier, a senior research scientist at NSIDC, who is based at the University of Colorado Boulder. “I think much, if not all, of the event can be ascribed to natural variability,” says Meier.

Unlike in the Arctic, where sea ice has declined rapidly since satellite measurements began in 1979, Antarctic sea ice has seen a lot of year-to-year variability (see ‘Lowest on record’) — contradicting expectations from some climate models that predicted it should decline in response to increased greenhouse-gas emissions. The highest and second-highest Antarctic sea-ice minimums on record were reached in 2008 (3.69 million square kilometres) and 2013 (3.68 million square kilometres). In 2015 and 2016, the minimum dropped dramatically. “With so much variability, it is not too surprising that one could get a record low,” says Meier.

In Antarctica, sea ice will grow wherever it is cold enough for ice to form. “There are no land barriers in the way,” says Fogt. Without barriers, the ice becomes much thinner, meaning it can be moved freely by the winds, covering a greater area, he adds.

“Antarctic sea ice responds to the whim of the atmosphere and ocean,” says Pat Langhorne, who studies such ice at the University of Otago in New Zealand. This includes wind direction and ocean swells, as well as patterns in the tropical Pacific Ocean related to El Niño and La Niña.

Meier says the isolation of Antarctica has, so far, protected much of it from experiencing warming, with the exception of the Antarctic Peninsula, which sticks up to the north and has warmed markedly in the past 40 years. Global warming could have a role in this new record, but it is too early to tell, he says.

“This could be the start of sustained loss of Antarctic ice similar to what we have seen in the Arctic over the past 50 years, or it could be short-term variability that reverts back to the mean year,” says Zeke Hausfather, a climate scientist at Berkeley Earth in California. In the long term, climate change will result in declining Antarctic sea ice, he adds.