Animals that count, and the history of death: Books in brief 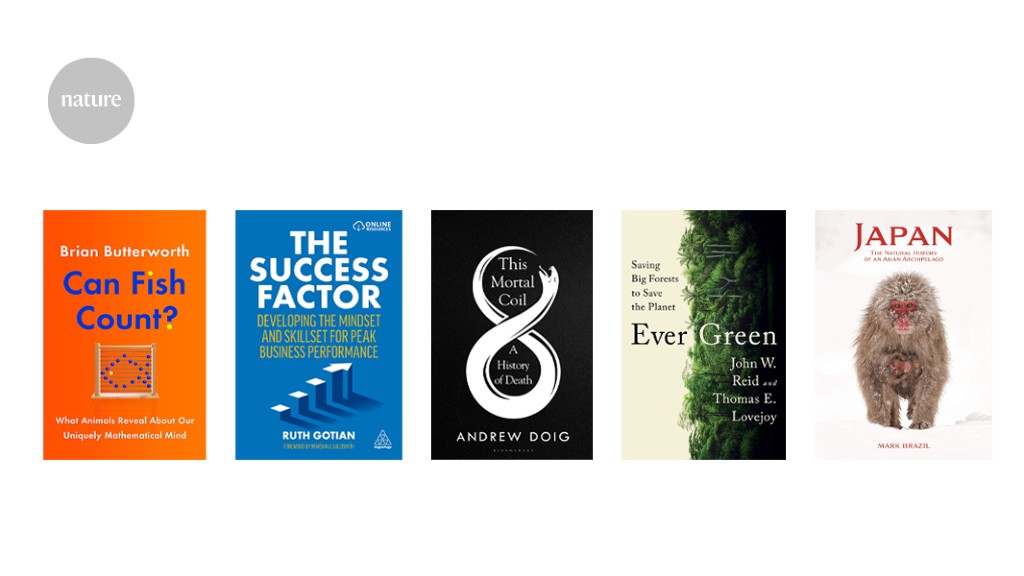 Whales make amazing journeys between their foraging and breeding grounds, as do fish, turtles, birds and even invertebrates. All measure distance to keep track of their location and how to return by the shortest route. These computations must involve numbers, argues cognitive neuropsychologist Brian Butterworth — although the process is far from understood. His densely detailed but remarkably clear exploration, illuminated by fascinating experiments, maps our understanding of numeration in the animal kingdom.

Earth’s five largest intact forests are the focus of this heartfelt survey by the conservationist John Reid and Thomas Lovejoy, who is credited with founding climate-change biology. The Taiga runs from the Pacific Ocean across Russia and northern Europe. The North American boreal extends from Alaska to Canada’s Atlantic coast. The other three are in the Amazon, the Congo and New Guinea. Their protection from industrial development — aided by their inhabitants, who vividly people this book — is key to halting increases in global temperature.

“Science is why we now live in the healthiest and wealthiest period that we have ever had,” writes biochemist Andrew Doig in his history of death, from earliest times to COVID‑19. Much of it concerns killer diseases, such as plague, cholera and smallpox, but part covers human behaviour, including farming, famine, violence and accidents. It foresees a future in which 60-year-olds routinely receive new sets of biomedically engineered organs. Impressively wide-ranging and appealingly written.

In her book on success, leadership coach Ruth Gotian interviews and quotes some 60 leaders, largely in the United States. Their fields cover the armed forces, business, education, law, politics, science, show business, space flight and sport; four are Nobel laureates in science and nine are Olympic champions. She seeks attitudes they share, and identifies four: intrinsic motivation, perseverance, strong foundation and tendency to embrace learning through informal means. All “love what they do and would do it for free if they could”.

Japan’s more than 6,000 islands span 3,000 kilometres, from Okinawa in the southwest to Hokkaido in the northeast, and exceed Germany in area. Each spring, as part of the custom of hanami, the Japan Meteorological Agency charts the cherry-blossom front moving up the archipelago. The country hosts earthquakes, volcanoes and unusual species of bear, crane, dragonfly, eagle, frog, monkey and snake. All enliven this gloriously illustrated, deeply informed introduction by naturalist Mark Brazil, who lives in Hokkaido.