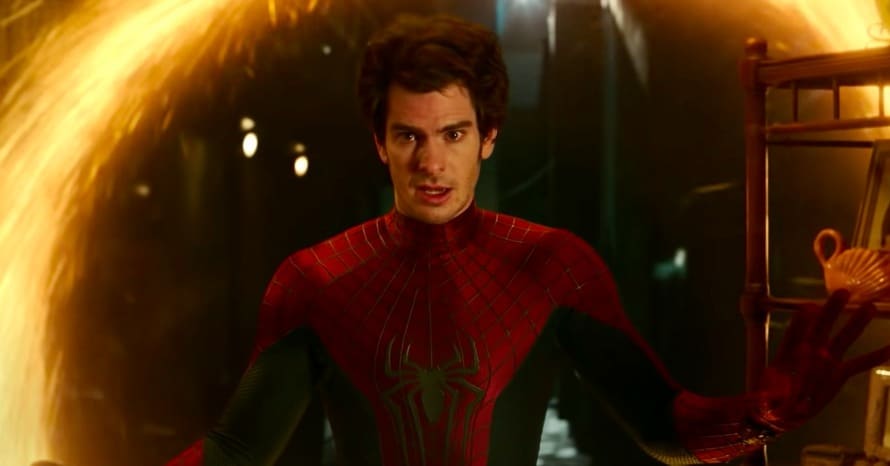 Former Spider-Man actor, Andrew Garfield, is remaining tight-lipped on the possibility of his return to the Marvel superhero franchise.

Andrew Garfield originally played Peter Parker/Spider-Man in 2012’s The Amazing Spider-Man and its 2014 sequel. While this rebooted Spidey series was cancelled by Sony ahead of its planned third installment, leading to a collaboration with Marvel Studios to bring Tom Holland’s Spider-Man into the Marvel Cinematic Universe, Garfield returned to the role in last year’s Spider-Man: No Way Home. This multiverse-spanning finale to Holland’s first trilogy as the wall-crawler saw the MCU’s Spider-Man teaming up with his alternate selves, played by the returning Garfield and Tobey Maguire.

The immensely popular film saw fans discover a new love for Andrew Garfield’s version of Spider-Man and sparked renewed interest in seeing The Amazing Spider-Man 3 come to fruition. With the concept of the multiverse being brought into the spotlight by MCU films like Spider-Man: No Way Home and Doctor Strange in the Multiverse of Madness, there’s an argument that now is the perfect time to revive past versions of the Spidey franchise.

At the 2022 Oscars, The Hollywood Reporter asked Andrew Garfield about the possibility of The Amazing Spider-Man 3 now happening. The actor gave nothing away though. “No updates from me,” Garfield told the interviewer. “No-one’s going to believe anything I say ever again, that’s my problem.” See his response below:

After the months Garfield spent vehemently denying his involvement in Spider-Man: No Way Home, only for his relatively major role in the film to be revealed upon its release, it’s not surprising he doubts anyone will ever trust anything he says about reprising the role again. However, with Sony continuing their own Spider-Man universe outside the MCU with films like Venom and Morbius, fans will surely continue to theorize about Andrew Garfield’s potential return as the webhead.