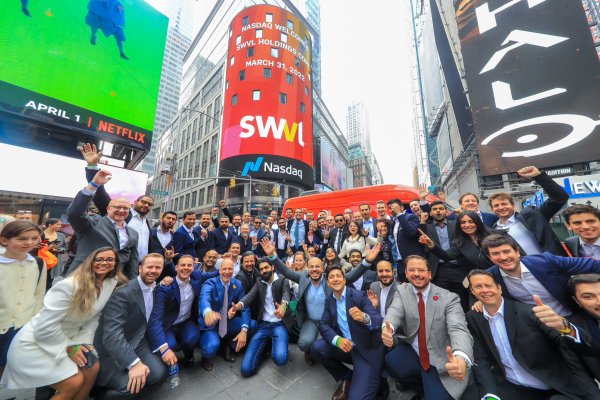 Mass transit and shared mobility provider Swvl went public today in a landmark moment for Egyptian and Middle Eastern tech ecosystems. It’s also a test for the company going public despite a market that’s been unfriendly toward combinations with special purpose acquisition companies, or SPACs, of late.

The Egypt-born and Dubai-based company has listed its shares at $10 on the Nasdaq through a merger with U.S. women-led blank check company Queen’s Gambit Growth Capital. The planned merger, which will see Swvl offer 20-30% of its total shares, was announced last July.

Following closing, the combined company, now “Swvl Holding Corp,” will trade under GMBT and GMBTW today before switching to SWVL and SWVLW on April 1.

Swvl is the first company launched from Africa and the second Middle Eastern company to list on the Nasdaq via a SPAC merger. Anghami, an Abu Dhabi-based music streaming platform, did so last February when it listed with Vistas Media Acquisition at a $220 million valuation.

Swvl raised $121.5 million in private investment in public equities (PIPE) for this transaction and is currently valued at $1.5 billion. The European Bank for Reconstruction and Development (EBRD), Teklas Ventures, Chimera, Agility, and Luxor Capital Group are some of its other investors.

In February, one of its investors, Atalaya Capital, pulled out of the transaction. And in a filing, Queen’s Gambit announced the termination of forward purchase agreements worth $100 million in SPAC shares and an extra $2 million via a private placement.

“The forward purchase agreement was done with a group, and it was just access to additional capital,” Queen’s Gambit Capital founder and CEO Victoria Grace told TechCrunch when asked if the termination affects the deal.

“Its termination doesn’t affect the valuation of the company or anything around our fundamental deal, which is Queen’s Gambit merging with SWVL, so the valuation [stays] the same,” she said.

Investors withdrawing their interests and dollars from SPACs is not peculiar to Swvl. It’s a usual occurrence — for instance, when BuzzFeed went public last December, 94% of the $287.5 million raised by the SPAC was withdrawn — particularly as the SPAC hype gives way as a result of an underperforming market and tighter regulation.

Despite the seeming setback, there’s good news for Swvl. According to CFO Youssef Salem, the company has an additional $470 million from proceeds and a committed equity facility with B. Riley Principal to access over the next few weeks if certain conditions are met, he said.

Swvl was founded by Mostafa Kandil, Mahmoud Nouh and Ahmed Sabbah in 2017. The trio started the company as a bus-hailing service in Egypt and other ride-sharing services in emerging markets with fragmented public transportation.

Its bus-hailing services enable users to make intra-state journeys by booking seats on buses running a fixed route. Swvl offerings have expanded beyond bus-hailing services, though. Now, the company offers inter-city rides, car ride-sharing, and corporate services in the 10 cities it operates in across Africa and the Middle East.

The partnership between Swvl and Queen’s Gambit came from a mutual interest from both parties.

While searching for a company to acquire, Swvl fit the blank-check company’s criteria: strong business fundamentals, mobility and logistics (one of its core verticals), and an ESG ethos around women and affordable transportation.

On the other hand, Swvl — off the back of raising over $170 million in venture capital, expanding to over 16 countries across Latin America, Asia and Africa; hiring executives from Facebook, Uber and Optimus; and acquiring Shotl, Viapool and door2door — was on a quest for global dominance in the mobility space.

A SPAC with Queen’s Gambit was the most suitable option for Swvl from a financial standpoint, and both parties feel strongly about the sustainability angle around transport — Swvl claims it has prevented over 293 million pounds of carbon emissions since its inception.

The company plans to expand into several countries over the next six months including Colombia, Mexico, South Africa, and the U.S. In the mean time, all eyes will be on the companyperformance as it officially starts trading tomorrow in a cooling SPAC market and a generally unsettled public market.

“There’s a softness in the market, but as long as the company operates and delivers results, maybe today, people don’t pay attention to it. They will pay attention in months ahead,” Grace said about the worrying SPAC and general public market.

“I think the market will change just like it always does and people go back to fundamentals and look at how a company has been performing. For Swvl, they have been beating every single number that was ever presented to us. And that’s what makes me super excited about this. And that’s the type of target you want to partner with.”