AI minds the gap and fills in missing Greek inscriptions 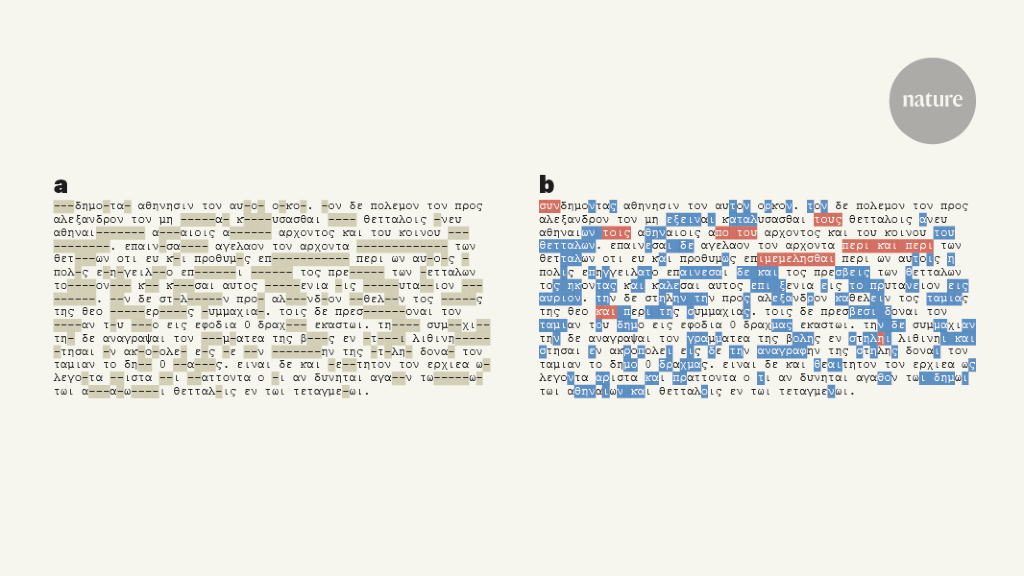 The possibility that artificial intelligence (AI) will automate tasks and thus destroy certain jobs is advancing steadily into more and more areas of life; the waves are now lapping even on the quiet shores of ancient-world studies. In a paper in Nature, Assael et al.1 present an AI tool called Ithaca, which has been developed to bring deep learning to the world of classical studies and the interpretation of transcribed ancient Greek texts, which were originally inscribed on stone. But this advance should not be interpreted as a threat to centuries of tradition — rather as a complement to them.