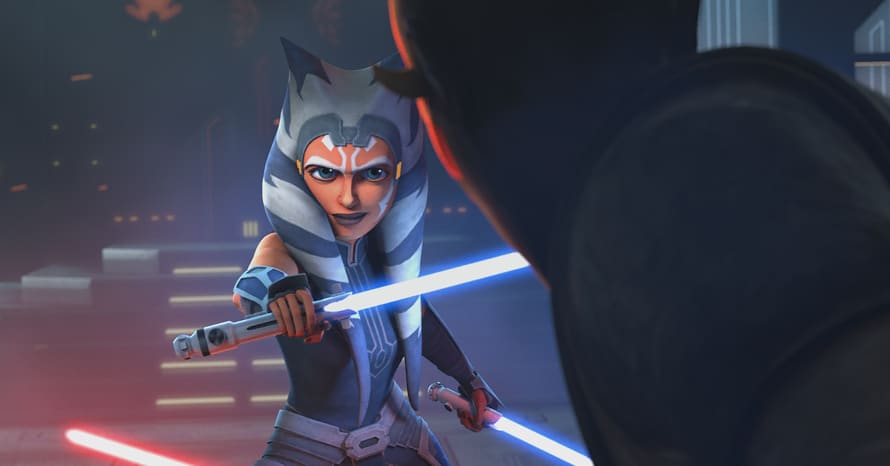 A photo allegedly from the set of the upcoming Disney Plus Star Wars series, Ahsoka, showing a lightsaber battle with Darth Maul has been confirmed to be a fake.

Ahsoka will follow Anakin Skywalker’s former apprentice, Ahsoka Tano, who was introduced in the animated series Star Wars: The Clone Wars and voiced by Ahsley Eckstein, before moving into live action in Season 2 of The Mandalorian, which saw Rosario Dawson cast as the character. The series will take place during the era of The Mandalorian, though details are currently scarce.

An image that had been circulating online, supposedly from the set of the upcoming Disney Plus series, showed a film crew out in a desert with two actors in costume as Ahsoka Tano and Darth Maul. The two characters have faced off in animation before, in both The Clone Wars and Star Wars Rebels. While Maul was supposedly killed in The Phantom Menace, the animated series revealed he had survived and his live-action return to the Star Wars franchise was teased in 2018’s Solo: A Star Wars Story. Check out the supposed set photo below:

While the photo got fans excited, there was an immediate issue – Ahsoka is confirmed to take place during the time of The Mandalorian, many years after Maul’s definitive death in Star Wars Rebels. Further confirmation that the image was not from Ahsoka came when Bespin Bulletin tweeted about the image and confirmed its origins:

“I’ve had 18 messages from people all asking about an image showing a scene being filmed between Ahsoka and Maul. It originated on Reddit with the user having ties to cosplay. Cameras in the image aren’t the ones they use. Ahsoka doesn’t film for a couple weeks. Fake mate.”

The message was accompanied by a GIF of Ahsoka saying “I’m not impressed.” It sounds like Maul won’t be returning after all. However, Ahsoka could be set to face off with Rebels villain Grand Admiral Thrawn, as teased in The Mandalorian.

Rosario Dawson most recently appeared as Ahsoka Tano in The Book of Boba Fett. Here is the synopsis for the Disney Plus original Star Wars series:

The series is currently streaming on Disney Plus. Stay tuned for all the latest news on the new Star Wars series, and be sure to subscribe to Heroic Hollywood’s YouTube channel for more original video content.