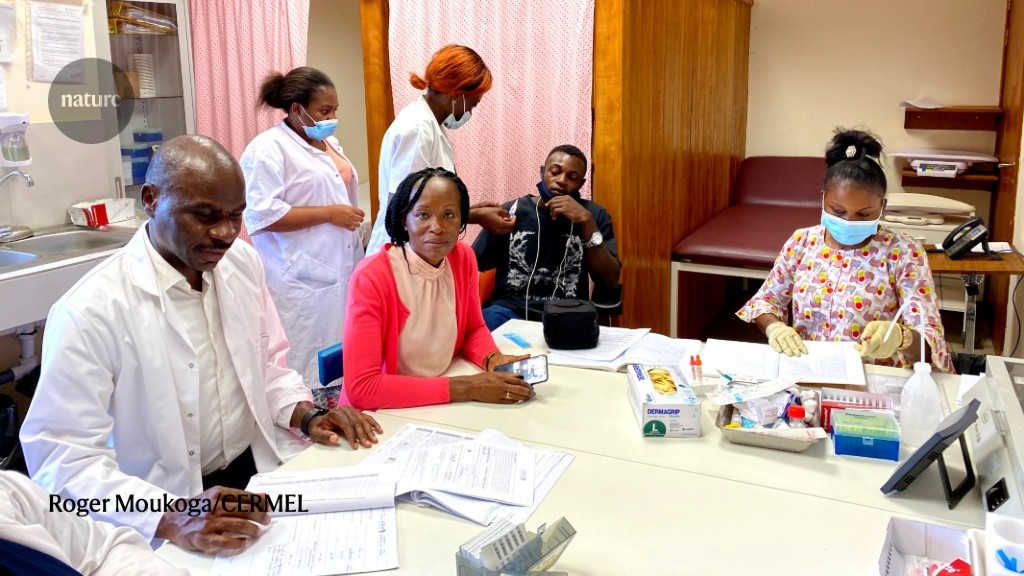 Amid growing fears that some of the best defences against malaria are weakening, an African–European research consortium is testing a new antimalarial drug combination in trials across West Africa. The project, led by African researchers and supported by several overseas institutions, serves as a model for equitable international research partnerships.

With Abdoulaye Djimdé, an epidemiologist at the University of Science, Techniques and Technologies of Bamako, in Mali, at the helm, the West African Network for Clinical Trials of Antimalarial Drugs (WANECAM) consortium is running a trial of the novel ganaplacide/lumefantrine drug combination in Burkina Faso, Gabon, Mali and Niger. The consortium brings together researchers from ten academic organizations across Africa and Europe.

There were about 241 million cases of malaria globally in 2020, according to the World Health Organization, causing an estimated 627,000 deaths. Some 96% of these fatalities occurred in sub-Saharan Africa, 80% of which were children under the age of five. To reduce these numbers, novel drugs that can fight the spread of resistant strains of malaria parasites (genus Plasmodium) in regions of Asia and Africa, are crucial.

Lumefantrine is an established drug that is often used in combination with another antimalarial called artemether. But growing resistance of the malaria parasite to artemether has accelerated the hunt for a new partner for lumefantrine. “We have to think about what the alternative drug will be,” says WANECAM member Rella Zoleko Manego, a medical doctor who is running the clinical trials in Gabon at the Centre de Recherches Médicales de Lambaréné (CERMEL).

Researchers are optimistic that ganaplacide, a novel antimalarial drug in development by Swiss pharmaceutical company Novartis, fits the bill. The trial, which is expected to run until the end of 2022, is focused on children aged between 6 months and 12 years. A subsequent trial will include both children and adults.

The project is backed by €10 million (US$11.47 million) in funding from the European and Developing Countries Clinical Trials Partnership, a collaboration between 14 European and 16 sub-Saharan African countries, supported by the European Union. Researchers at the London School of Hygiene and Tropical Medicine (LSHTM) and the University of Tübingen in Germany play key roles in the consortium, which also includes Novartis, and Swiss non-profit organization Medicines for Malaria Venture (MMV).

In September 2021, MMV and Novartis reported positive results from a separate clinical trial carried out in India and six African countries, which indicate that the ganaplacide/lumefantrine drug combination has the potential not only to clear malaria infection, including resistant strains, but could also block the transmission of the malaria parasite.

Fostering clinical-research capacity in West Africa and training African researchers are essential in supporting African leadership of the WANECAM project. For example, the consortium is supporting Zoleko Mango, who has a master’s degree in public health from the University of Bordeaux in France, in completing a PhD in drug development at the University Medical Center Hamburg-Eppendorf and the Bernhard Nocht Institute for Tropical Medicine, both in Germany. Zoleko Manego says having local researchers at the helm is key to building their future research capacity. “The gaps in research in Africa can only be identified by [those] involved in research in Africa.”

Colin Sutherland, a malaria researcher at LSHTM, who represents the United Kingdom on the WANECAM team, is using genomics to assess the efficacy of the new drugs against different strains of the malaria parasite. An important part of his work is facilitating greater access to specialized equipment. “African partners will send us blood samples dried on filter paper, and we’ll generate purified DNA from them using a high-throughput robotic pipeline,” says Sutherland. The DNA then goes to WANECAM partners in Sweden and Africa for further analysis.

Another major factor in ensuring an equitable partnership, Sutherland says, is that much of the responsibility for managing the project’s budget lies with the African researchers. Sutherland has been involved in scientist training programmes in Africa for 20 years, and says it is significant that WANECAM also runs workshops that focus on building bureaucratic capacity, such as training local finance managers and project administrators.

Basing the clinical trials at local research institutions has other benefits. CERMEL has been an important medical facility in Gabon for more than 30 years, says Zoleko Manego, and people in surrounding villages often go there for treatment. This engenders a trusting relationship that has made it relatively easy to recruit local people to the trial, she says. “Sometimes they just come in and say, ‘Are there any clinical trials? I want to be part of a clinical trial.’ It is not difficult to get participants.”

It takes years to establish these kinds of relationships, Barnes adds, which is why long-term investment in facilities such as CERMEL is crucial. “I think the longevity of these programmes is a really important part of that trust,” she says.