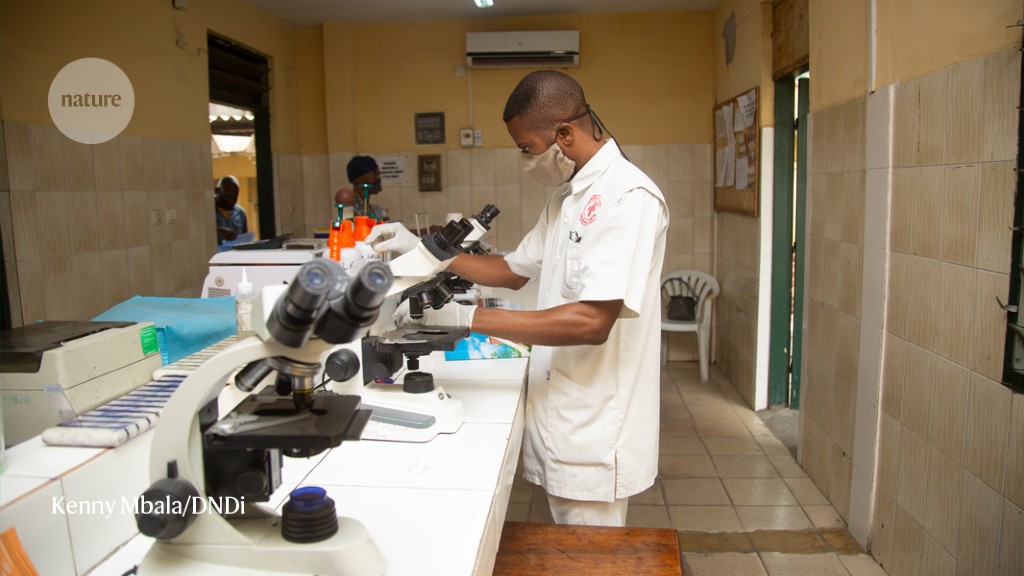 Researchers in a pivotal African clinical trial have been denied access to a key COVID-19 antiviral drug, frustrating efforts to test the treatment in African populations and in combination with therapies that could potentially expand its utility on the continent.

The Drugs for Neglected Diseases Initiative (DNDi) has asked Pfizer for supplies of its antiviral drug Paxlovid to use in the ANTICOV clinical trial, a large study in ten African countries that aims to find treatments for mild to moderate COVID-19 — particularly those that will work in resource-poor settings.

Earlier this year, DNDi requested enough Paxlovid to treat 1,000–2,000 ANTICOV participants, but says that Pfizer denied the request and stated that it already had plans to conduct similar trials. The details of those trials have not yet been made public, and Pfizer did not elaborate on such plans or the request from DNDi when asked about them by Nature. “We are committed to well-controlled, hypothesis-driven clinical studies that can provide data that will be accepted by global regulatory agencies,” the company said in a statement. “We’re focusing our efforts and resources in a way that maximizes availability of our overall supply.”

But Pfizer’s decision has dismayed public-health advocates. DNDi’s inability to obtain medicine for clinical trials compounds ongoing inequities in access to vaccines and treatments, including Paxlovid, in low- and middle-income countries, says Brook Baker, a law professor at Northeastern University in Boston, Massachusetts, who specializes in global access to medicines and vaccines. “This is a trial in a population that needs to be studied,” he says. “Why don’t we get on with it?”

Two drugs in one

Paxlovid is a combination of two drugs: nirmatrelvir and ritonavir. Nirmatrelvir blocks a SARS-CoV-2 protein that is important for viral replication; ritonavir acts in the liver to prevent the rapid breakdown of nirmatrelvir, and is a component of some therapies for treating HIV and hepatitis C infections.

In December, Pfizer, which is headquartered in New York City, announced that Paxlovid reduced the risk of hospitalization or death from COVID-19 by 88% when adults at high risk of developing severe disease were given the drug within five days of symptom onset1. The US Food and Drug Administration (FDA) followed soon after with an emergency-use authorization for the drug, and researchers hailed the development of an oral antiviral that didn’t have to be administered in hospital.

But nirmatrelvir is in very short supply, and that put low- and middle-income countries at a disadvantage in the ensuing bidding war for Paxlovid. Pfizer has said it can make up to 120 million courses of the treatment by the end of the year. Of those, the company has promised up to four million courses to the United Nations children’s charity UNICEF for distribution in low- and middle-income countries. “We are in continued conversations with a number of private partners and international organizations to provide Paxlovid to lower income countries,” Pfizer said in a statement.

On 17 March, the Medicines Patent Pool, a non-profit organization with headquarters in Geneva, Switzerland, that has licensed Pfizer’s Paxlovid patents, announced that 35 companies had signed agreements to make generic Paxlovid, which could then be eligible for sale in 95 low- and middle-income countries. But they are not expected to market significant supplies of the drug until 2023, and the list does not include many middle-income countries including Thailand, Malaysia and some in Latin America.

While the world waits for Paxlovid, some countries are leaning on another antiviral called molnupiravir (Lagevrio), authorized by the FDA at the end of last year. But the ANTICOV trial has decided against including molnupiravir for now, says Nathalie Strub-Wourgaft, director of the COVID-19 response at DNDi in Geneva. The drug, supplies of which are also limited, reduced hospitalizations and deaths from COVID-19 by only about 30% when given to adults at high risk for severe disease. And because of potential side effects, the FDA recommends that pregnant people not take the drug, and that people use contraception during treatment and for at least three months after. “Contraception is not so easy to control for men and women,” says Strub-Wourgaft. “And our criteria are really to include the largest population that is possible — and that includes pregnant patients.”

There is a pressing need to test Paxlovid in a range of populations, says Melissa Barber, who studies health economics at the Harvard T.H. Chan School of Public Health in Boston, Massachusetts. “Clinically, we might expect population with different comorbidities — for example HIV or diabetes — might have a range of side effects or possibly effectiveness,” she says.

One potential downside of Paxlovid is that the drug is meant to be taken within five days of when COVID-19 symptoms first appear. “Getting a diagnosis that quickly anywhere is hard,” says Rachel Cohen, the regional executive director at DNDi in New York City, “but it’s pretty much impossible in low- and middle-income countries, where there are few tests and almost no rapid tests.”

An analysis of ANTICOV participants showed that only about half of them were diagnosed within five days of the onset of symptoms. In hopes of prolonging the window during which Paxlovid is useful, DNDi wants to test the drug in combination with an inhalable steroid called budesonide, to see whether this can delay the onset of harmful immune responses that often drive later stages of COVID-19.

The initiative also had ambitions to test Paxlovid in combination with the antidepressant fluoxetine (Prozac), if results from its other fluoxetine trials show that the drug has antiviral properties, says Strub-Wourgaft.

Cohen is concerned about a clause in Pfizer’s agreement with the Medicines Patent Pool that requires the companies to obtain permission from Pfizer before combining their generic Paxlovid with other products, or from giving their drugs to researchers who intend to study combinations.

Pfizer did not respond to queries from Nature about why it would not allow companies to use the drug without its permission for combination studies.

It is not unusual for drug companies to be hesitant to allow external researchers to conduct studies with medicines such as Paxlovid that are not yet fully approved by regulators, says Cohen. But she adds that delays and a lack of transparency on what the company is studying are surprising, given the emergency of the pandemic. “We have always said that we are happy to collaborate with them,” she says.

John Amuasi, a principal investigator on the ANTICOV study at the Kumasi Center for Collaborative Research in Tropical Medicine in Ghana, agrees. With just 15% of the country fully vaccinated, he’s anxious to obtain the drug for both treatment and research purposes. “We think this could be a game changer in an emergency situation.”