Afghanistan’s girls’ schools can — and must — stay open. There is no alternative 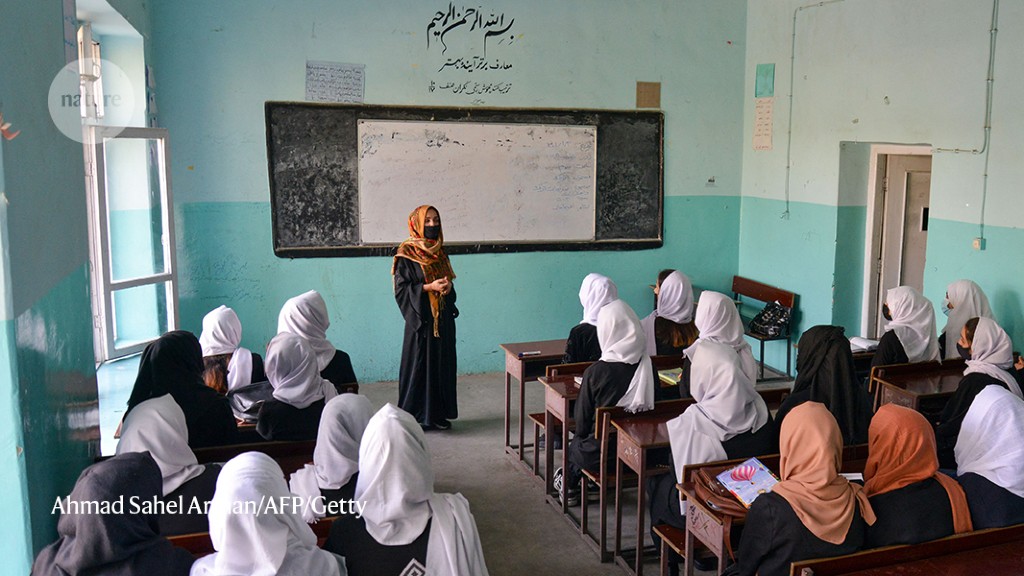 We are girls. We are from Afghanistan. We are humans. Why shouldn’t we go to school? What crime have we committed?” This tearful plea from a schoolgirl in Afghanistan was echoed by thousands of children last week, cruelly denied that most basic of human rights: the right to learn.

Before the Taliban retook all of Afghanistan last August, for the first time since 2001, it pledged that this time would be different: that unlike 20 years ago, girls and women would be attending educational institutions. That promise has been broken. At the start of the year, the country’s education ministry announced that girls of secondary-school age would be permitted to go back to class. But tens of thousands, those over the age of 12, were sent home on 22 March, the start of the school year in the northern half of the country — a generation betrayed.

The earlier directive suggested that the ministry was satisfied that its requirements for reopening girls’ schools had been met — namely that girls of secondary-school age be taught by female teachers, and in separate buildings to boys. But the ministry was overruled by the Taliban’s top leadership. Girls’ schools will stay shut until further notice, pending a new plan in keeping with “Sharia and Afghan tradition and culture”, tweeted the state-run Bakhtar news agency. The top leadership’s decision has confirmed what many researchers had previously warned about — that the idea that the Taliban has changed needs to be treated with caution, if not outright scepticism.

Researchers who study the Taliban’s education policies say that official documents endorse the principle of education for all. Girls’ schools have remained open in some areas because of pressure from parents, and also because the United Nation’s children’s charity UNICEF has negotiated agreements that permit it to run schools in parts of the country. In the capital, Kabul, there is evidence that girls are attending schools, and that universities are functioning (albeit without publicity).

But researchers also say that a divided Taliban leadership cannot agree on how its policies should be implemented. One faction is completely opposed to girls’ education and women’s employment — in line with original Taliban ideology, under which girls and women were prevented from getting an education, going to work, running businesses or taking part in the country’s governance. Worse still, girls and women were killed for violating Taliban laws.

Others in the Taliban envisage a different future. Several generations of Afghans have grown up as refugees in Iran, Pakistan and the Gulf States, having fled after the Soviet Union invaded Afghanistan in 1979. Many have been to schools and universities abroad and acquired professional qualifications. Among their number are current Taliban leaders whose own daughters and sons are being educated, according to a report last month from the Afghan Analysts Network, a non-profit policy-research organization.

Neighbours must speak out

This week’s policy reversal will also have unsettled Afghanistan’s neighbours, as well as those countries that have provided the Taliban with a degree of legitimacy. Iran and Pakistan are now home to several million Afghans — including thousands of students. Qatar helped broker talks between the Taliban and the United States, leading to last August’s withdrawal of international forces from Afghanistan. There can be very few among these countries’ policymakers who will have any truck with the idea that religion or ‘tradition’ prevents half of Afghanistan’s population from being educated. But they have been silent for too long and now have a responsibility to make their views heard.

The UN (especially UNICEF) and other international donors are rightly outraged. But they need to tread carefully and must not withdraw humanitarian assistance, because that will punish people who are in desperate need through no fault of their own. The leaders of Afghanistan’s neighbours — and their education and research policymakers — can and should apply more leverage, especially to the Taliban’s top leadership.

In spite of the many injustices perpetuated by the previous Afghan government, it made significant strides in education and in gender equality. In 2020, nearly 10 million Afghan children (40% of them girls) were enrolled in schools, compared with less than one million (only boys) in 2001. Women made up one-quarter of Afghanistan’s parliamentarians and some 150,000 women have held some form of public office. The tragedy for Afghanistan’s girls and women is that getting back to school, should it eventually happen, will not automatically mean regaining these lost rights.

More than a century ago, Nature backed the United Kingdom’s education reformers in their campaign to remove barriers to women’s education (Nature 10, 395–396; 1874). Two years ago, a UN target (part of the Sustainable Development Goals) to get all of the world’s children into schools finally looked to be within reach. But the COVID-19 pandemic, and now the return of the Taliban in Afghanistan, have set the effort back. Afghanistan is once more the only country in the world where girls of secondary-school age are prevented by a national government from going to school.

Last week’s scenes of girls being sent home, their hopes destroyed, remind us that the world can never take learning for granted. For the children’s sake, and for Afghanistan’s future, the education ministry’s original policy must be allowed to stand — these events must never be allowed to happen again.