A group of Activision Blizzard workers vote to unionize – TechCrunch 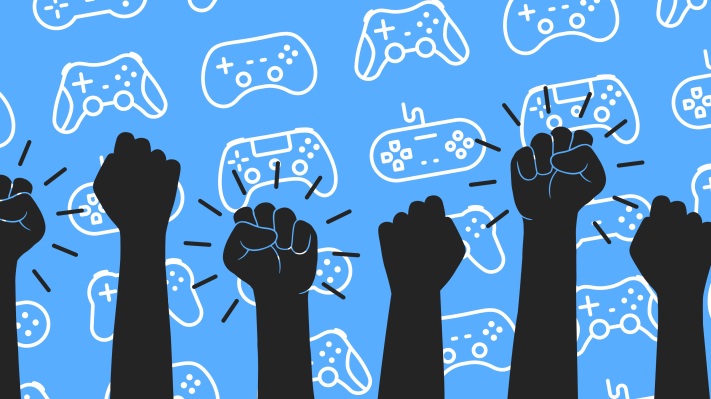 After months of organizing, the quality assurance testers at Raven Software, a division of gaming giant Activision Blizzard, have voted to unionize. This marks the first union at a major gaming company in the U.S.

Administered through the National Labor Relations Board (NLRB), the vote passed 19-3 and two ballots were challenged, so a total of 24 out of 28 eligible workers voted.

These workers announced their intent to unionize in December, just days after Microsoft announced its plans to buy Activision Blizzard for $68.7 billion, which would be one of the largest tech acquisitions in history. But as the news of the pending acquisition went public, these quality assurance (QA) testers — who mostly work on Call of Duty — had been on strike for about five weeks, protesting the layoffs of 12 contractors.

“On December 3, about a third of my department was informed that their contracts were going to be terminated early. And this was coming off of a five-week stretch of overtime, consistent work,” Raven Software QA tester Onah Rongstad told TechCrunch at the time, explaining the intent to organize. “We realized in that moment that our day-to-day work and our crucial role in the games industry as QA was not being taken into consideration.”

This five-week stretch of overtime work that Rongstad describes is referred to as “crunch” in the gaming industry, which has been often cited as a huge cause of burnout and stress for gaming workers. The union, which goes by the name Game Workers Alliance and is represented by the Communications Workers of America (CWA), can now attempt to bargain with their employer to instate rules that circumvent “crunch” or unexpected layoffs.

But the problems run deeper at Activision Blizzard, which employs around 10,000 people. Following a two-year investigation, the state of California’s Department of Fair Employment and Housing filed a lawsuit against Activision Blizzard in July, alleging that the company fostered a “‘frat boy’ workplace culture,” calling it “a breeding ground for harassment and discrimination against women.” Plus, CEO Bobby Kotick reportedly knew for years about sexual misconduct and rape allegations at his company, but he did not act. Kotick has been rumored to step down amid ongoing SEC investigations and sexual harassment scandals in his company, but that may not happen until after the Microsoft acquisition closes in 2023, if at all.

When the Game Workers Alliance filed for a union election, Activision Blizzard tried to block the election by claiming that any union must include all 230 employees at Raven Software, which would have made it more difficult for the QA testers to win a vote. But the NLRB ruled that the QA department could vote to unionize on its own.

“Activision did everything it could, including breaking the law, to try to prevent the Raven QA workers from forming their union. It didn’t work, and we are thrilled to welcome them as CWA members,” said CWA Secretary-Treasurer Sara Steffens.

Activision Blizzard has made some effort to improve working conditions since then. In April, the company converted about 1,100 QA contractors to full-time staffers and increased the minimum wage to $20 per hour. But Activision Blizzard claimed that, due to laws under the National Labor Relations Act, the company wasn’t allowed to change the pay rate of its employees in the midst of a union effort. The CWA, however, said that this was a “disingenuous” attempt at union busting. Then, just yesterday, the NLRB found that among another group of workers, Activision Blizzard illegally threatened staff and upheld a social media policy that restricted workers’ rights to collective action.

“Our biggest hope is that our union serves as inspiration for the growing movement of workers organizing at video game studios to create better games and build workplaces that reflect our values and empower all of us,” the Game Workers Alliance said in a statement.

“We respect and believe in the right of all employees to decide whether or not to support or vote for a union. We believe that an important decision that will impact the entire Raven Software studio of roughly 350 people should not be made by 19 Raven employees,” an Activision Blizzard spokesperson said.

Within the next five business days, Activision Blizzard can file an objection. But since the NLRB has already ruled that the 28-person QA department had a right to organize independent of the rest of Raven Software, it’s unlikely that the decision will be overturned on those grounds.