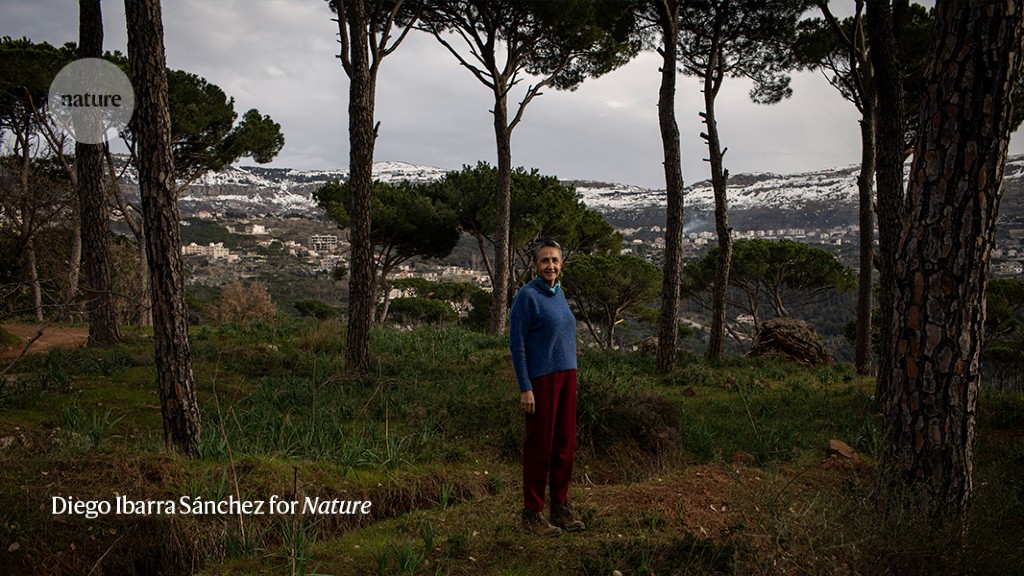 I’m standing among the pine trees of Ras El Metn, about a 40-minute drive from Beirut. There’s still snow on the hill crests and it makes for an imposing outlook.

We have a picturesque country, but it’s threatened by air and water pollution, poor urban planning and negligence. Lebanon is deeply troubled. We’ve contended with COVID-19 like everyone else, but we’re also experiencing economic collapse and political turmoil. And there was the 2020 explosion at the Port of Beirut — caused by incorrectly stored chemicals — that was the world’s largest non-nuclear blast.

I’ve been studying air pollution in Lebanon for many years, collecting data to try to convince the government to act, but with no real results. The level of particulate pollution in Beirut, for example, is 3.8 times what the World Health Organization considers safe.

Surrounded by these disasters, I realized that I needed to get off the university campus and work with local communities to make a difference. In 2019, I co-founded the Environment Academy. It’s a collective of researchers — experts in disciplines from wastewater management and engineering to soil biophysics — united by a desire to use their expertise to assist people living in Lebanon. Communities apply to the academy for help with various projects, and we match them with a relevant expert.

Here, I’m standing in one of these projects. The community in and around Ras El Metn wanted advice about how to protect the forest from fires — probably made worse by climate change — and regenerate what’s been lost to flames. The Environment Academy paired them with the Lebanese Reforestation Initiative, a non-governmental organization. It is advising on the most important species to replant, and building paths so that firefighters can access forest fires.

Through direct action like this, bringing the scientific process into the community, researchers can feel their work has an impact.