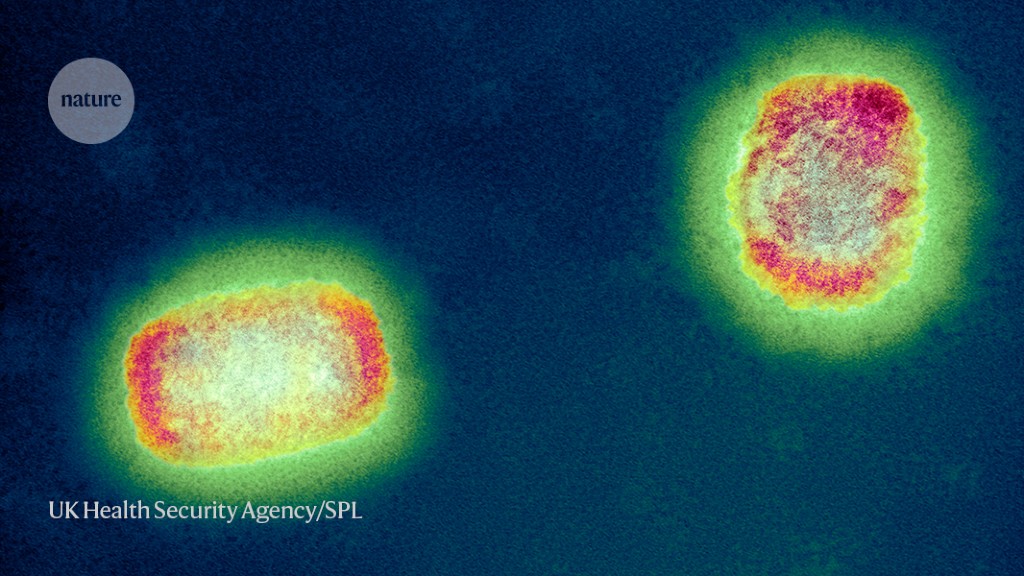 It’s been three weeks since public-health authorities confirmed a case of monkeypox in the United Kingdom. Since then, more than 400 confirmed or suspected cases have emerged in at least 20 non-African nations, including Canada, Portugal, Spain and the United Kingdom — the largest outbreak ever outside of Africa. The situation has scientists on alert because the monkeypox virus has emerged in separate populations across multiple countries, and there is no obvious link between many of the clusters, raising the possibility of undetected, local transmission of the virus.

“We need to act quickly and decisively, but there is still a lot to be learned,” says Anne Rimoin, an epidemiologist at the University of California, Los Angeles, who has studied monkeypox in the Democratic Republic of the Congo for more than a decade.

Nature outlines some of the key questions about the recent outbreaks that researchers are racing to answer.

How did the current outbreaks start?

Since the latest outbreaks began, researchers have sequenced viral genomes collected from people with monkeypox in countries including Belgium, France, Germany, Portugal and the United States. The most important insight they have gained so far is that each of the sequences closely resembles that of a monkeypox strain found in western Africa. The strain is less-lethal — it has a death rate below 1% in poor, rural populations — than another that has been detected in central Africa and has a death rate up to 10%.

Clues have also emerged as to how the outbreak might have begun. Although researchers need more data to confirm their suspicions, the sequences they have evaluated so far are nearly identical, suggesting that the recent outbreaks outside of Africa might all be linked back to a single case with a thorough epidemiological investigation.

The current sequences are most similar to those from a smattering of monkeypox cases that arose outside of Africa in 2018 and 2019 and that were linked to travel in western Africa. The simplest explanation is that the person who had the first non-African case this year — who has still not been identified — became infected through contact with an animal or human carrying the virus while visiting a similar part of Africa, says Bernie Moss, a virologist at the National Institute of Allergy and Infectious Disease in Bethesda, Maryland.

But other explanations cannot be ruled out, says Gustavo Palacios, a virologist at the Icahn School of Medicine at Mount Sinai in New York City. It’s possible, that the virus was already circulating, undetected, outside of Africa in humans or animals, introduced during earlier outbreaks. This hypothesis, however, is less likely because the monkeypox virus usually causes visible lesions on people’s bodies — which would probably be brought to the attention of a physician.

Can a genetic change in the virus explain the latest outbreaks?

Understanding whether there is a genetic basis for the virus’s unprecedented spread outside Africa will be incredibly difficult, says Elliot Lefkowitz, a computational virologist at the University of Alabama at Birmingham who has studied poxvirus evolution. Researchers are still struggling to characterize precisely which genes are responsible for the higher virulence and transmissibility of the central African strain, compared with the west African one, more than 17 years after they identified a difference between the two.

One reason for this is that poxvirus genomes contain many mysteries, Lefkowitz says. The monkeypox genome is enormous relative to that of many other viruses — it is more than six times as large as the genome for the SARS-CoV-2 coronavirus. That means they’re at least “six times harder to analyse”, says Rachel Roper, a virologist at East Carolina University in Greenville, North Carolina.

Palacios says another reason is that few resources have been dedicated to genomic surveillance efforts in Africa, where monkeypox has been a public-health concern for many years. So virologists are flying somewhat blind right now, because they have few sequences to which they can compare the new monkeypox sequences, he says. Funding agencies have not heeded scientists who have been warning for more than a decade that further monkeypox outbreaks could occur, he adds.

Ifedayo Adetifa, the head of the Nigeria Centre for Disease Control says that African virologists he’s spoken with have expressed irritation that they’ve struggled to garner funding and publish studies about monkeypox for years — but now that it’s spread outside the continent, public-health authorities worldwide suddenly seem more interested.

To understand how the virus evolves, it would also be useful to sequence the virus in animals, Palacios says. The virus is known to infect animals — mainly rodents such as squirrels and rats — but scientists have yet to discover its natural animal reservoir in the impacted areas of Africa.

Can the outbreaks be contained?

Since the current outbreaks began, some nations have been procuring smallpox vaccines, which are thought to be highly effective against monkeypox, because the viruses are related. Unlike the vaccines against COVID-19, which take up to two weeks to offer full protection, smallpox vaccines are thought to protect against monkeypox infection if administered within four days of exposure because of the virus’s long incubation period, according to the US Centers for Disease Control and Prevention (CDC) in Atlanta, Georgia.

Even if public-health officials halt transmission of monkeypox in humans during the current outbreaks, virologists are also concerned that the virus could spill back into animals. Having new reservoirs of virus in animals would increase the probability of it being transmitted to people again and again, including in countries that don’t host any known animal reservoirs of the virus. On 23 May, the European Centre for Disease Prevention and Control highlighted this possibility, but deemed the probability as “very low”. Still, European health officials strongly recommended that pet rodents such as hamsters and guinea pigs belonging to people with confirmed cases of monkeypox be isolated and monitored in government facilities or euthanized to avoid the possibility of spillover.

Although the risk is low, Moss says the main concern is that scientists wouldn’t know if such a spillover event occurred until it was too late, because infected animals don’t typically show the same visible symptoms as humans.

Is the virus spreading differently now compared with previous outbreaks?

Monkeypox virus is known to spread through close contact with the lesions, bodily fluids and respiratory droplets of infected people or animals. But health officials have been examining sexual activity at two raves in Spain and Belgium as drivers of monkeypox transmission, according to the Associated Press, raising speculation that the virus has evolved to become more adept at sexual transmission.

Cases linked to sexual activity don’t mean that the virus is more contagious or is transmitted sexually, however — just that the virus spreads readily through close contact, Rimoin says. Unlike SARS-CoV-2, which isn’t thought to linger on surfaces much, poxviruses can survive for a long time outside the body, making surfaces such as bedsheets and doorknobs a potential vector of transmission, Roper says.

Although health officials have noted that many cases have been among men who have sex with men (MSM), Rimoin emphasizes that the most likely explanation for the virus’s spread among MSM groups is that the virus was coincidentally introduced into the community, and it has continued spreading there.

All of the new attention on monkeypox has laid bare just how much scientists have yet to understand about the virus, McCollum says. “When this has all settled down, I think we’ll have to think long and hard about where the research priorities are,” she says.