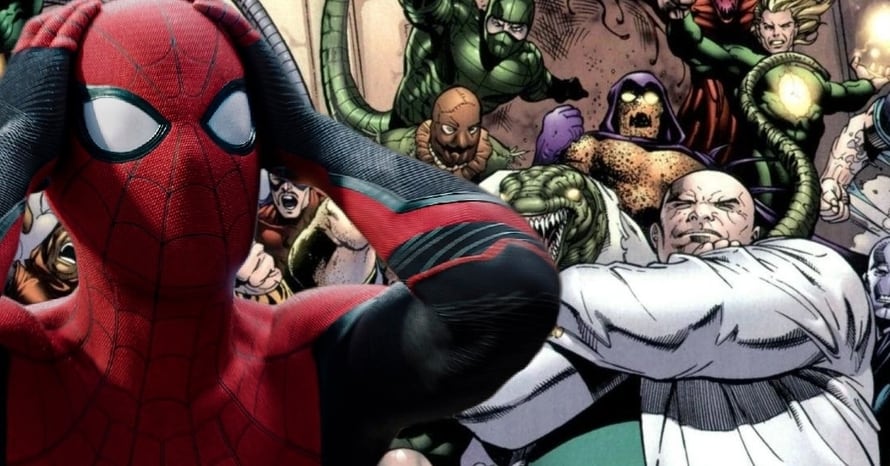 There has been a wonderful selection of iconic comic book villains in the ever-growing Marvel Cinematic Universe. However, there are decades worth of villains from the comics that are prime for big screen appearances, with Tom Holland’s next Spider-Man trilogy being the perfect place to feature them. Let’s go over some of the potential villains that we may get to see going up against Holland’s Peter Parker in the next few Spider-Man movies from Marvel Studios and Sony Pictures.

A character often recognized from the Playstation game Marvel’s Spider-Man, this femme fatale is, as the name suggests, a famous cat burglar based in New York. Frequently seen with white hair and in a tight black outfit, Black Cat is one of the characters with the most room to change for the big screen. Always out to take home a large score but often seen without powers, Black Cat offers one of the most down-to-Earth character dramas out of Spidey’s nemeses.

Most often recognized as Felicia Hardy, the character began as a burglar, teetering the line between a romantic interest and an antagonist. Having this duality introduced into the MCU could lead itself to a perfect continuation from where No Way Home has left Tom Holland’s Peter Parker and his relationships.

Into the Spider-Verse brought us a brilliant take on a troubled individual trying to get by. Recognizable by an iconic purple outfit with an imposing featureless mask, the Prowler has been a formidable foe for Spider-Man. A career criminal who acquires armour to take on powered individuals, he shares connections with many of the biggest villains in the Spider-Verse, having worked with or for them.

Just like most Spider-Man villains, there are multiple characters who have taken on this mantra but the currently most recognizable version would be Aaron Davis, played by Donald Glover in the Tom Holland movies. Adding a potential second Web-Slinger to the mix with Miles Morales (Aaron’s nephew) would also help the now-lonely Peter Parker, who would benefit greatly by taking someone under his wing following his recent experiences.

Mephisto is one of the most extraordinary villains that the Marvel characters have taken on but following WandaVision, it’s easy to have faith in Kevin Feige and his team pulling off such an antagonist. Mephisto is often presented as a Demon from a pocket dimension, fully covered in red with a cape. Mephisto’s powers include reality manipulation, precognition, shapeshifting, immortality, superhuman traits and mystical deals. The final ability is easily the most interesting one as he can grant any wish for the price of a soul.

The deals that Mephisto makes are those made from desperation but can lead to large scale implications similar to that of Doctor Strange’s spell in No Way Home. With the multiverse being brought into Peter Parke’s immediate fold, it’d be hard to argue that Mephisto wouldn’t have the Web-Shooter on his radar. The tragedy of this Peter can drive a whole film about a potential bargain he’ll make just to have his friends and family back.

A lesser known Spider-Man villain, but one of the most interesting in terms of his powers. Spot starts off as Dr. Jonathan Ohnn, who creates a portal to an alternate dimension. During his time in there, he is covered in portable dimensional portals (that look like black spots). These powers allow Spot to become an accomplished criminal among multiple evil alliances across the comics.

Spot would make for a stellar addition to the cast of villains as an opposing force to the powers Marvel is setting up for Ned Leeds. The image of the portal and use during action sequences has become iconic in the MCU’s Doctor Strange’s visuals, and to see it set up in the upcoming trilogy would lend itself splendidly to villains with similar powers.

Another iconic villain brought to the big screen during Into The Spiderverse, Scorpion is exactly what he sounds like: a human being with a scorpion tail. Spider-Man’s villains are so frequently literal in their naming but on the other hand, opening up the plot of Scorpion to the current MCU would be an interesting way to build on J. Jonah Jameson. Scorpion has his start as private investigator Mac Gargan who Jameson would pay to become a test subject in mutagenic treatment, gaining animal characteristics. In the process, Gargan loses his mind and becomes a highly capable villain.

Tom Holland’s take on Spider-Man has yet to have its Doc Ock or Dr. Curt Connors-type of character who loses their mind following an experiment gone awry. Having the duality between justice and chaos within villains makes for a more interesting character arc. Plus, Gargan has already made an appearance in the Marvel Cinematic Universe, with Better Call Saul breakout Michael Mando playing him.

A tried and failed addition to Andrew Garfield Spider-Man’s array of villains, Rhino is a classic antagonist in the pages of Marvel Comics, having made his debut in 1966. Aleksei Sytsevich is a Russian mobster who is often portrayed as someone who utilizes power armou or is a mutated human mixed with a rhinoceros. Either way, the physicality that this character could bring to the screen opposite the smaller Tom Holland would be a sight to behold.

Kraven is (as his full name suggests) an iconic hunter who is considred a worthy adversary of the web slinger. A generally honourable hunter whose life is dedicated to catching the wildest of beasts andcreatures, including Spider-Man, Kraven has an amazing comic book history, but is also clearly in the mind of the crew behind No Way Home.

During an interview with Collider, Tom Holland shared that No Way Home almost became a Kraven film during its development, describing the pitch as “very cool.” We don’t have many details past that due to the fact Holland doesn’t “want to talk about it in case that movie ends up happening down the line.” Kraven is already getting his own standalone film starring Aaron Taylor-Johnson but that likely won’t stop Marvel from using the character as well if the idea is as fun as Holland thinks it is.

There is no greater villain to go against Tom Holland than Holland himself. In the comics, Kaine Parker is a mentally unstable and physically deformed clone of Peter Parker. This foil carries the same powers as Peter does but also gains an amplified version of the Spidey-sense that grants him precognition.

Despite having powers, the mental instability of being a clone drives Kaine to dark extremes, including murder, something that would eat away at the soft and compassionate core of the MCU’s Spidey. While it would be a darker tale than the stuff we’ve used to seeing from Disney, having Moon Knight be such a tonal shift could open the door for newer and perhaps radically different antagonists than the MCU is used to.

Flash Thompson is a character you already know thanks to Tony Revolori’s work in the first three Spider-Man films with Tom Holland. He’s the smaller, smarmy high-school student who is desperate for recognition but has a deep love for the titular hero after being saved by him in Homecoming.

There are various ways to create a villain or anti-hero out of Flash but the most interesting route might just be through the post-credits scene in No Way Home. During this scene, it is shown that a little bit of the symbiote is left behind in the Marvel Cinematic Universe. In the pages of Marvel comics, Flash becomes bonded with the Venom symbiote. While he is currently unimposing, Flash could be set up to become one of Marvel’s more formidable foes as he grasps for acceptance.

This villain is genetically engineered superhuman of Native American descent who shares characteristics of a puma. Known as a mercenary for hire, Puma has worked both for and against the Web-Shooter across his comic book appearances. Despite his morally grey profession, Puma has always held a strong presence with an interesting moral compass. Marvel has only explored the realm of mercenaries with Klaw in Age of Ultron and Black Panther, so bringing in a supervillain to dive into this grey area in the universe would lead to an interesting storyline that could bring Parker further out of his comfort zone.